So this week I've been ravaging my treasure trove of vintage design magazines. House and Garden, Architectural Digest, Art and Antiques, House Beautiful. The best of the best. So many of the original layouts that we are sifting through twenty, thirty and forty years later. Some of it holds up. Some, not so much.


It's made me consider how pieces in my own home have evolved. I wish I could follow Sister Parish's advice and not buy new things, just use my family's pieces, but I've added a little here and there. That said, a lot is hanging around. 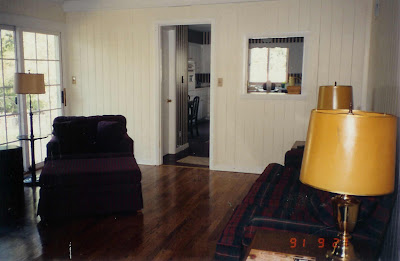 This was our family room in the first house. These brass lamps were Mr. Blanding's grandmother's; they are in my living room now. I'm sure I threw these shades away. Ick. They were old. I'd forgotten about them until I pulled out this picture. Maybe they were truly icky, but they seem dreamy now. 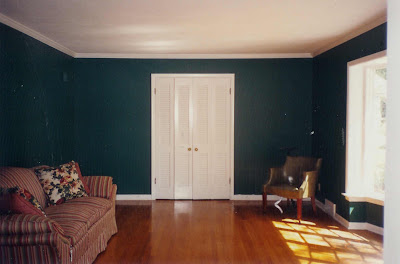 This was the living room when Mr. Blanding's moved in. Again, his great-grandmother's sofa in the velvet stripe. It was lovely, but unevenly faded. (That's office chair in the corner in her avocado green leather.) I did save the chintz floral pillows; they don't have a home right now, but I keep thinking there will be a spot someday that is just right. 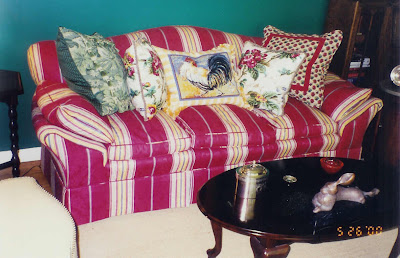 OK, so this happened next. Remember I was young and it was the early 90's. 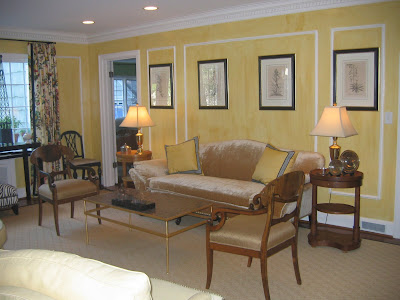 And now. Same sofa. How's that for a before, before and after? 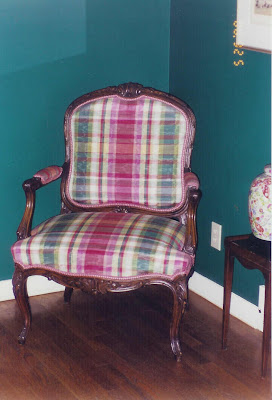 You cannot imagine how much I adored this fabric when I chose it for this chair. I practically dreamed about it. It was the last thing to transform after the move to the new house. I wanted that feeling again. 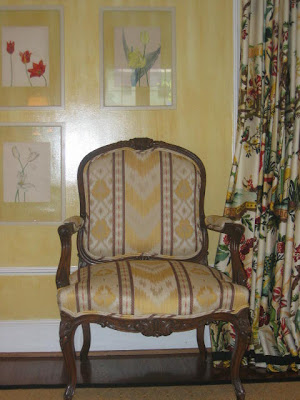 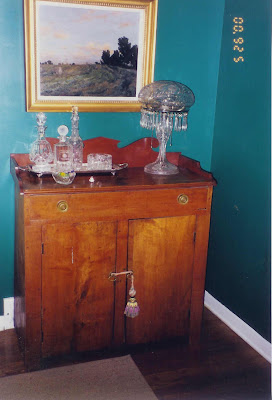 This chest was in Mr. Blanding's mother's basement when we got married. Technically, it's on loan until we "find something else." Except I've never really looked. I love the wood of this chest. The doors are slightly warped, I think the hardware has been replaced, and the detail on the top is "married" to the piece. But, to me, she has character. I like that several hands have modified her. She's a bit of a survivor. 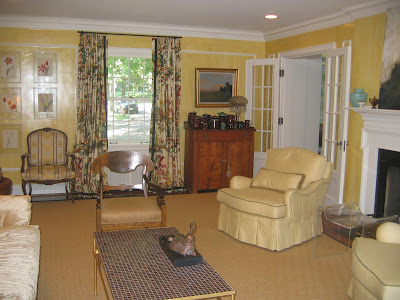 Speaking of married, this chest and the painting above it have never been separated. I gave Mr. Blanding's the painting, by Doug Osa, as a wedding gift. The lamp, which I might consider a Victorian monstrosity if I saw it elsewhere, has been in my family for three generations. I have no idea who "Aunt Nan" was, but this was her lamp, and now it is mine. 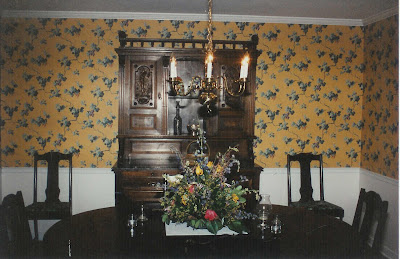 This was the dining room in the old house. I had to include this picture because I swore I would have this wallpaper in any house in which I lived. It was Schumacher, and for our just-married budget, quite expensive. I could not imagine a day I would not adore it. The German piece is in the office; now we are just using the base. It's great for storage, and we usually set the bar up in here. 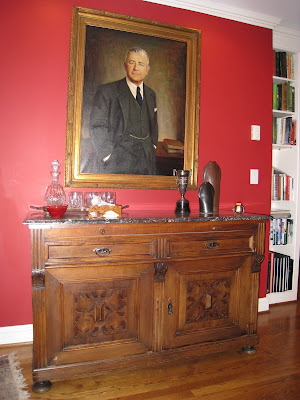 We'll see what happens. I wonder how I will feel about these new images fifteen years from now. Will it always be like looking at your old yearbooks? "It was such the thing then."