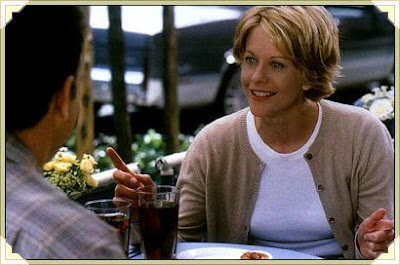 Last night I watched You've Got Mail. As Kathleen Kelly had read Pride and Prejudice dozens of times, so have I watched this film. Movie. It's not really a film; no complicated sub plots, no symbolism. A movie. A romantic comedy. There is something about this movie, Nora Ephron's little Valentine to New York, that strikes a chord for me. 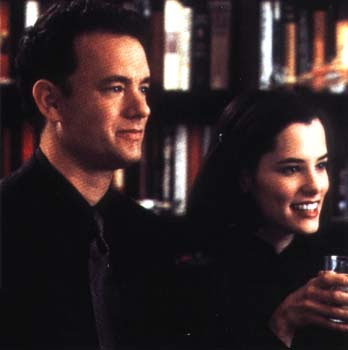 I'll take a minor character first. Parker Posey's Patricia. First of all, Parker Posey is hilarious. Period. She's just engaging enough in the movie to not make you wonder why he was with her in the first place, but quite bad enough to make you wonder why he stays. And her name is Patricia, which is also my name. Very few characters, major or minor, in films or literature (or movies or books) are named Patricia. It's tricky. Formal and long and, for those of us who are Patricia, neither Trish or Patty nor Patsy or Tish will do. Even as the other actors in the movie are saying it, it sounds a bit uncomfortable, like they wish Ephron had chosen a different name. And this amuses me. 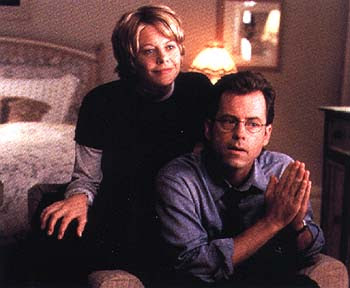 And you have to like Frank. I mean, you have to like anyone named Frank as it is one of the all time great names. But I have had a crush on Greg Kinnear since he was on Talk Soup. And. Well, truth be told, I think he looks a bit like Mr. Blandings. Two thumbs up. 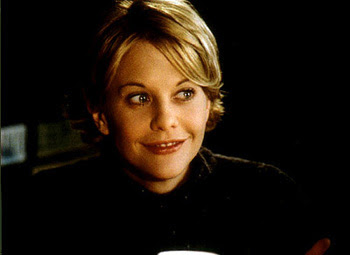 So back to Kathleen Kelly. All through the movie Meg Ryan says things that resonate for me. "Sometimes I wonder about my life. I lead a small life. Well, small, but valuable. And sometimes I wonder, do I do it because I like it, or because I haven't been brave? " It's just a movie, right? Not a film. But that is a very big question. 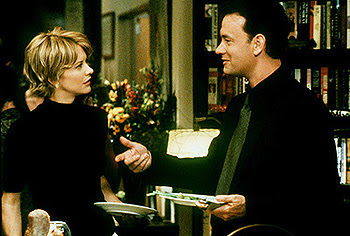 Then there is the whole exchange about finally saying the thing that pops into your head and how unsatisfied you truly feel once you've done it. My father taught me when I was very young that you can't take things back. I have a bit of a temper and am, unfortunately, one of those people for whom the mean thing does come fully formed into my head at a very alarming rate. And usually I hold it back. It's never my wish to be unkind. But every now and then my rage gets ahead of me and I say something truly awful and whether it was seven years ago or seven minutes ago I have the same sense of shame. And you see that on Meg Ryan's face at the restaurant. 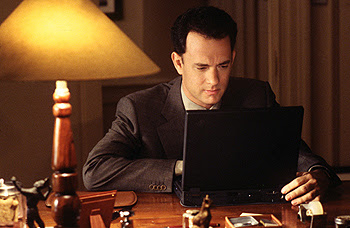 Tom Hanks, our all-American everyman, who, when faced with his father's recovery from his recent split and quest to begin again, opines, "Oh right, yeah, a snap to find the one single person in the world who fills your heart with joy." Yes, that is something. It makes me well up every time, because I thought I wouldn't, and I did. 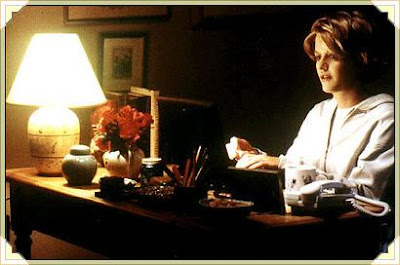 And she discovers writing. A life long reader, a devotee of time and space to piles of books, through her internet romance she discovers she is a writer. People ask me why I have a blog- "I like it. I mean, I read it. But I don't understand why you do it." It's confusing, you know, because I don't get paid. I don't really have a good answer. Except it brings me joy, and it gives me an avenue to write.


But why even start? Well, a year before my youngest would go to Kindergarten, a month after I read Margaret Russell's editorial page mentioning her new love of blogs, a few weeks after I sent some ramblings to an old and dear friend who typed back the word "blog" again, I went on-line. Like Kathleen Kelly. And at first I read. Then I read and connected. And then I read and connected and wrote. The risk was so great that my head felt like it just might explode from it. For what? It's not much of a medium for failure. How would you measure it? I didn't tell anyone I was doing it. Who would know if I had a little blog party and no one came? 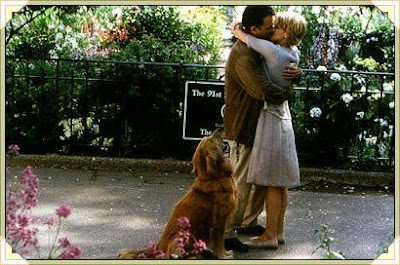 But, like most things in life, I had the support of kind and generous women. The connecting does matter. Like a favorite coffee shop, it's better because my friends are there. I look forward to the whole experience every day - the writing, the scanning, the uploading, the publishing. And the waiting to see what you see, what I missed, what you like, what you'd pass on. It's a crazy sort of exchange, but as Kathleen states, "The odd thing about this form of communication is that you're more likely to talk about nothing than something. But I just want to say that all this nothing has meant more to me than so many somethings." So, on my hundredth post, I rejoice in knowing that, even though computers are too sophisticated to say "You have mail.", every time I log onto my e:mail and I see "(Mrs. Blandings) new comment on..." I am so happy you have stopped by.