A Christmas Gift: From Me, To Me 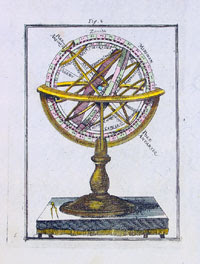 When we were talking about enfilades last week, I let slip that I'd found a little something at Christopher Filley's that might be just the thing in front of my dining room window. 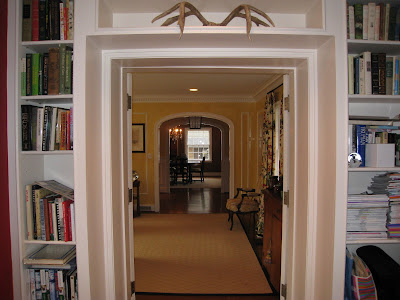 I sneaked back in that week and bought it, but coyly asked Christopher if he would "store" it for me until after the holidays; I wasn't sure Mr. Blandings would appreciate the importance of having it just now.

He agreed, of course. He said he hadn't had an armillary sphere in quite a while and wasn't this one a gem? Yes. Except I didn't know exactly what an armillary spere was, so I came home and hit two sites, Google and 1st dibs.


A wealth of information on the net, naturally. The first known armillary sphere was developed by the Greeks in 255 B.C. There is evidence of the devise in China in the first century. The body is generally a sphere which originally represented the sun, and then later, the earth. The concentric rings represent the equator, the meridians and the parallels. In its simplest form, it is a sundial. There are, however, wildly complicated models that have many rings representing the movement of the stars and planets. 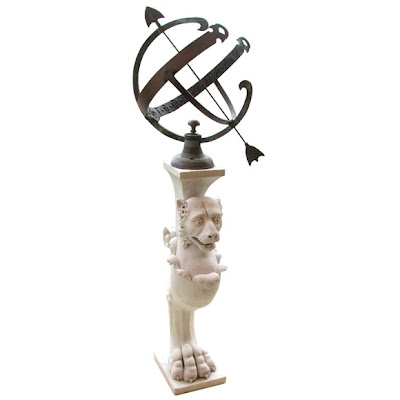 Then to 1st dibs. The deed was done. It's always unpleasant to find you might have spent more than you needed to. But don't forget, I live in the Midwest, so that is rarely the case. The armillary sphere above is magnificent. Bold and sculptural. Bronze, English, 19th century, he commands $4500. 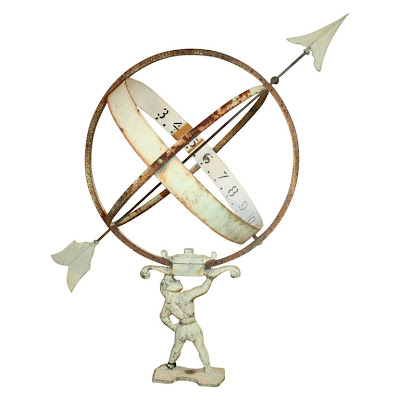 Ah, but look. Apples to apples, even though it's Jonathans to Red Delicious. This sphere is the same model as mine, American mid-century, with a little more rust, but he still has his feet firmly on the ground. $525. 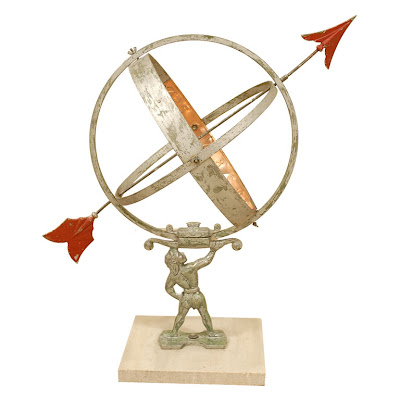 This is interesting. Same model, but with copper accenting added later. $850.

I think the patina is wonderful. Still, I need to figure out what to do about my little structural problem. Some sort of base will clearly need to be made. And a pedestal will have to be purchased. But since my guy was well under three hundred, I think I'm coming out ahead. Oh, and Mr. Blandings? I told him the same day. I can never keep a secret from him. Nobody likes to be cut off at the knees.