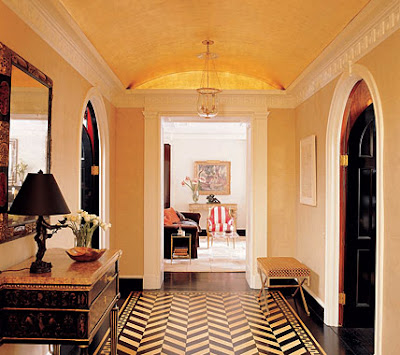 Seems that organizing tear sheets is on many people's resolution lists this year. I don't make resolutions. It's not that I couldn't use a little spit and polish, but I've just spent a lot of time focusing on what needs to be fixed and I'm a bit too old for the grand gesture. Still, I'm messy by nature and I do have to focus to keep the piles at a manageable level. It's not that I can't find things, I can. But I do think the visual clutter is wearing over time and, well, we could all use a little zen. 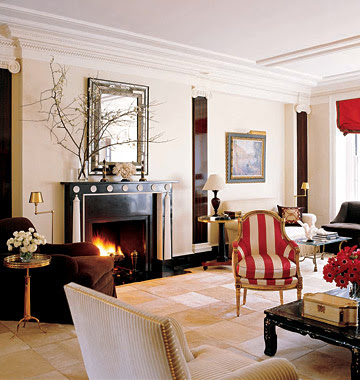 So, I'm working on a little filing myself. Sorting and shifting and wondering what needs to be really handy, what can go into binders, and what can hit the external hard drive. 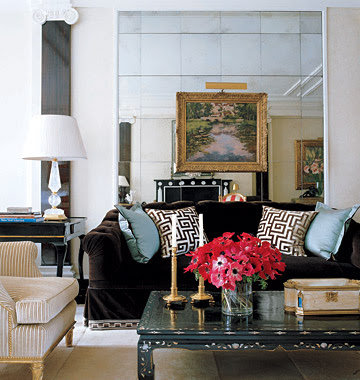 And while I wasn't really going to do a top ten, I have to say, when I ran across this New York apartment by Brian McCarthy from the December 07 issue of Elle Decor, it made me a bit wistful. This was one of my favorites from last year. 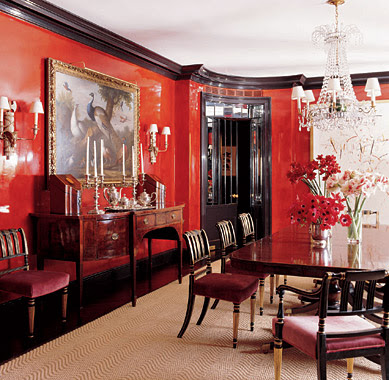 For one thing, it had a lot of red, and I've had red coming on for a while now. 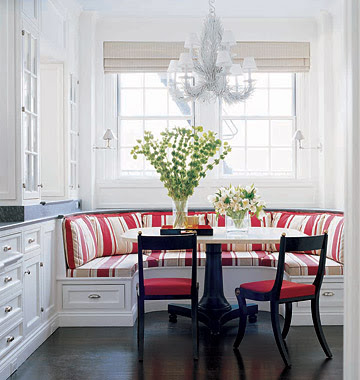 I don't know that much about McCarthy, so I went poking around. 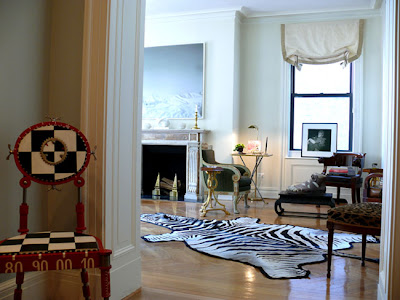 Brian McCarthy worked as a personal assistant to Albert Hadley after graduating from Pratt, then eventually became a full-fledged designer for the firm. He adored working for Mr. Hadley and reports that he is "a gentleman," which I believe to be the ultimate compliment. 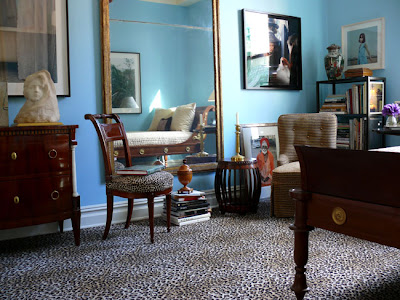 You can certainly see that he's been influenced by Hadley. I like a room that looks modern at first glance, but, upon dissection, reveals itself to be a fresh composition of classic pieces. 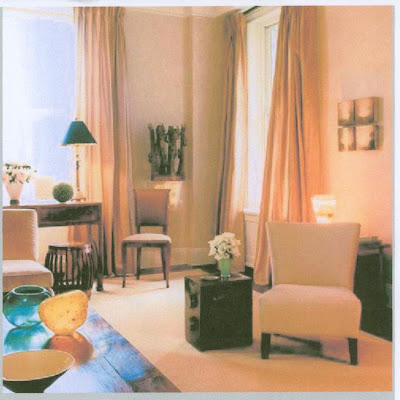 Mr. McCarthy, who started his own firm in 1991, is also very comfortable with color, which I admire. 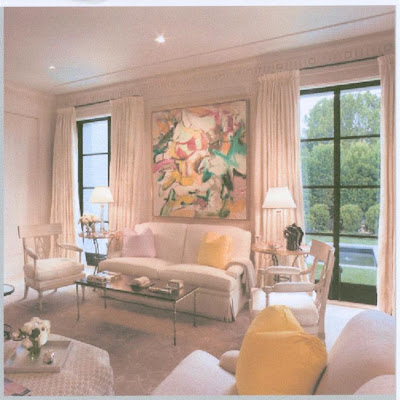 The seamless addition of contemporary art shows finesse as well. 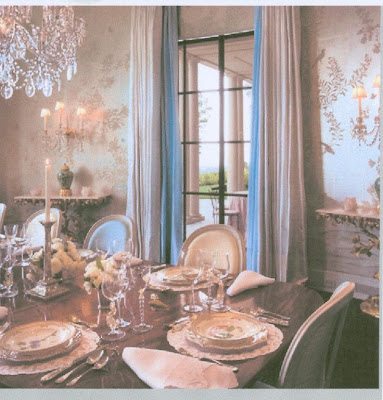 Wouldn't it be a toss up to decide between the Gracie paper and the painted mural? It's win/win with McCarthy. The leather upholstery on the chairs, below, is a chic and practical choice. Form and function. 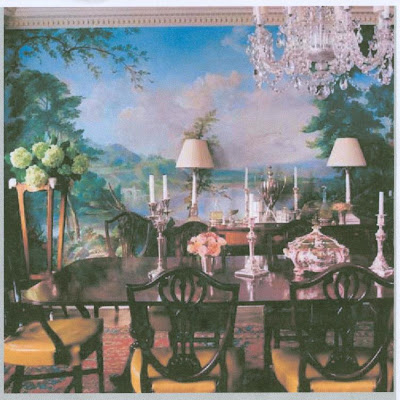 I did not know if he could top that red lacquer dining room, but this leaves my mouth agape. I have a couple of pieces of vintage jewelry that are turquoise and gold and I love them. Who knew how well the combination would translate into an entire room. I'm looking forward to 2008. I can't wait to see what Mr. McCarthy shows us next. A gentleman never disappoints. 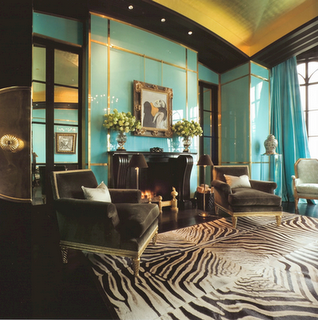