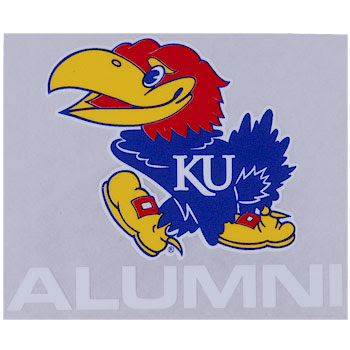 Last night, my alma mater, KU, beat Virginia Tech in the Orange Bowl. Now, I've been to a couple Final Fours in my day, but football was never our strong suit and I spent a lot more time at the Wheel than Memorial Stadium. 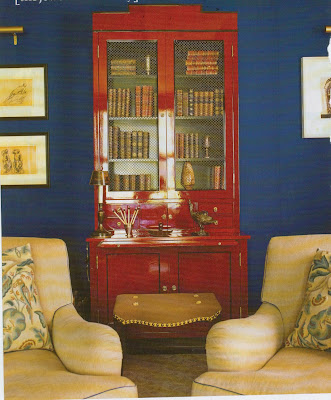 But it was fun to watch the Jayhawks play football in January. We looked so snappy in our red jerseys with the blue helmets. I'm sorry to say, but Virginia Tech's maroon and white combination left me a little cold. And, you might think this is shocking, but they seemed to be accenting their colors with a dash of orange. I know, try not to think about it. 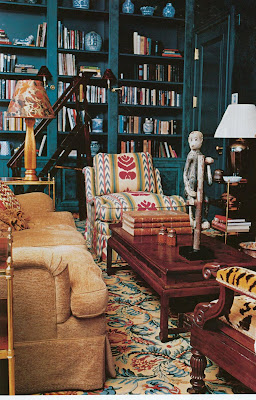 But, in honor of the 'Hawks and their bowl victory, today's post is crimson and blue. 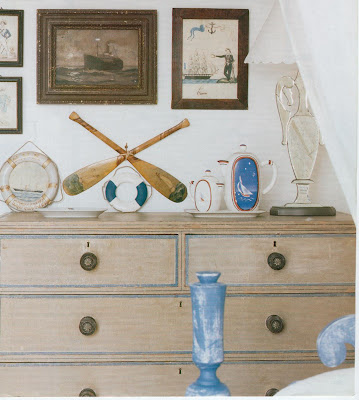 Possibly Jackye Lantham.
There are a lot of nautical images that could have been posted, but I restrained myself - only two. 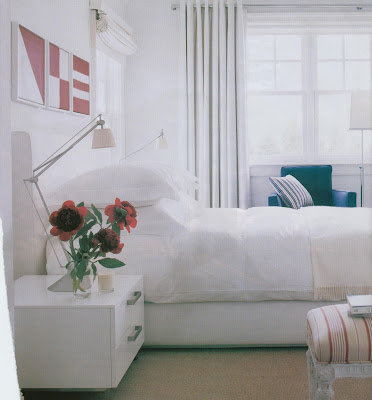 I think this is Delphine and Reed Karkoff's beach house. I think.


A couple of these might look familiar as The Peak of Chic did a little something on primary colors a while back. 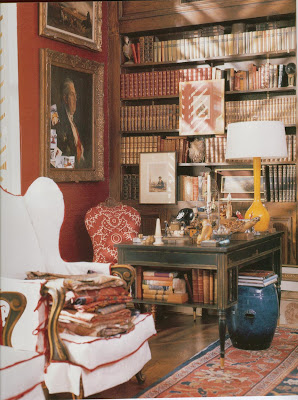 It's a tricky combination to pull off and not feel like The Star Spangled Banner should be playing in the background. 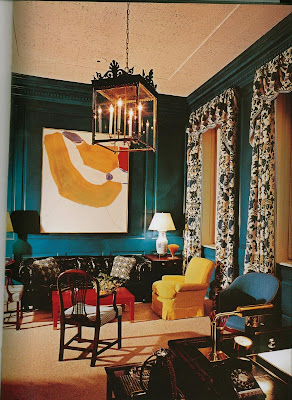 
Did you notice the jazzy blue stripe down the pant leg? Even the producer liked our colors better. What would you rather see? Crisp clear blue with a dash of red. Or white. With maroon. And a little orange. Sounds like an ensemble one of my boys would but together. 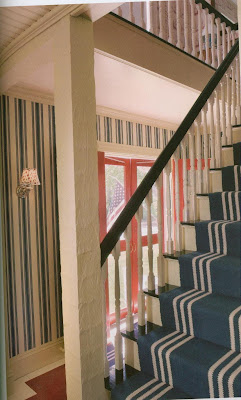 Farrow and Ball, The Art of Color.
I uploaded the images earlier in the evening, but I had to wait on the text as any reference might have been construed by Mr. Blandings as a "jinx." You can never be too careful. If it weren't so late, I might look for something with a little maroon, white and orange. 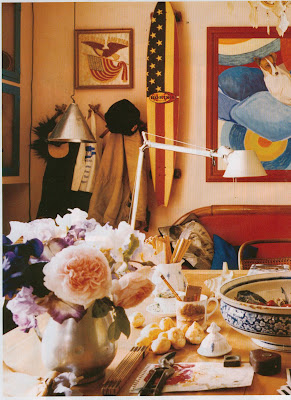 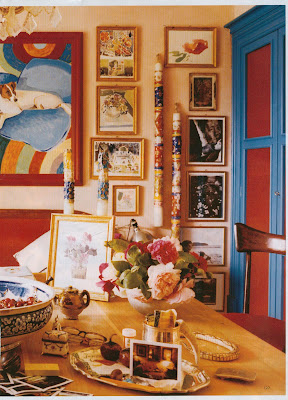 Then again, maybe not. It would be so hokie.*


* We are, of course, sensitive to the terrible tragedy at Virginia Tech last year. If this post is, in any way, considered insensitive, I do apologize.