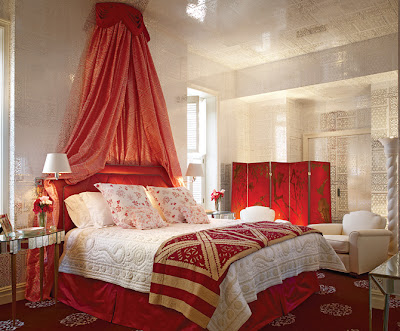 So when my friend, Tom Britt, called me back yesterday...hmmm? What? Of course he called me back. I didn't mention it? I said he was from Kansas City, so naturally he would be gracious and lovely and have impeccable manners. Naturally. 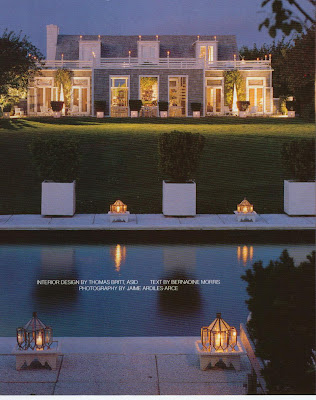 
It was a perfect Kansas City moment, in fact. When I saw the 212 area code I thought it was my big city friend calling from work. Even after Mr. Britt (you don't think I would have called him Tom, do you?) began to speak I thought it might be my friend pulling my leg. Because he would do that. 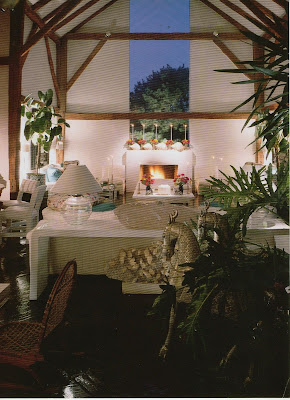 But, no, Mr. Britt graciously apologized for not calling earlier. You see, when he lived in KC, he was great friends with Mr. Blanding's aunt. If you knew Mr. Blanding's aunt this would come as no surprise to you. She's beautiful and stylish and has the most perfect posture I have ever seen. And a movie-star gorgeous husband to go with. 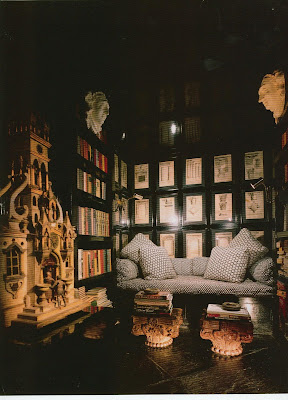 
Anyway, Mr. Britt confirmed that his client had seen the paper in his Long Island bedroom. It is a vintage Woodson pattern. Being great friends with Murray Douglas (who happens to own Brunschwig & Fils) he asked her to recreate the pattern for him, which she did. 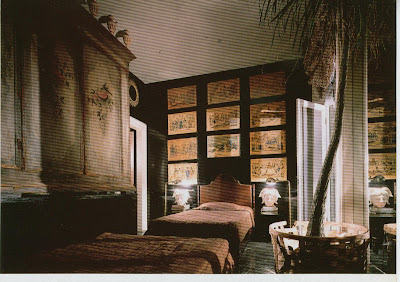 
So, the paper is, in fact, Brunschwig & Fils, but custom, which is why no one in this country or abroad could identify it. Mr. Britt says there are other folks interested in it as well, and, if Barbara lets us know how many rolls she needs for her bedroom, he will make arrangements to have it made. 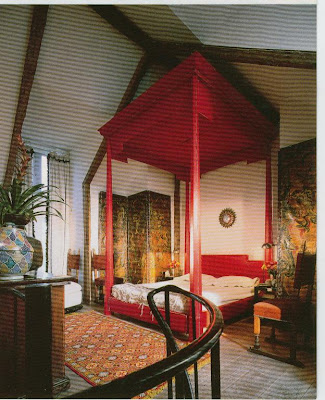 
A perfect gentleman. I expected nothing less. 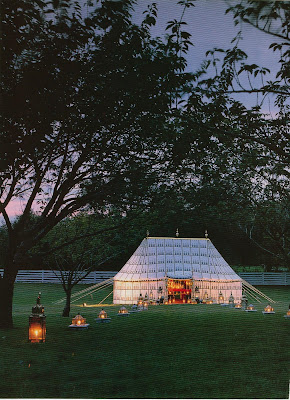 Hold on to your hats. A "Moroccan tent for dining and entertaining." 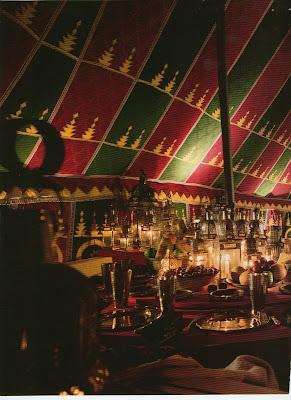 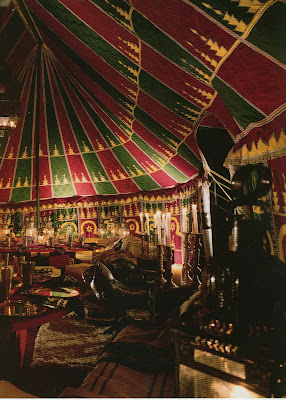 The article references the silver paper in the master bedroom, but, alas, no pictures.