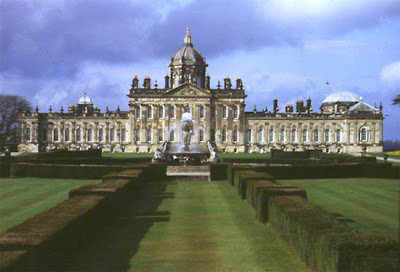 The March issue of Vanity Fair is promoting the new big screen production of Brideshead Revisited. I am horrible at playing those games and answering those questionnaires that ask you your favorites. Psychologically, unlike aesthetically, I am not black and white; I live in the land of grey. 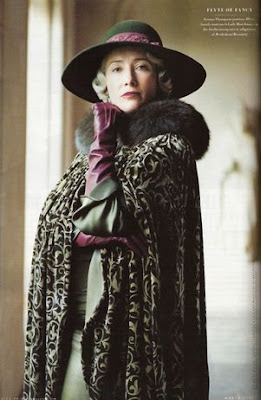 
So, rather than the one-word association game I'm supposed to be playing, I'm often working in paragraphs, and everyone else has moved on. I'm particularly conflicted on favorite book. But, one of my top ten, no, top five, would be Brideshead Revisited. It's a book of love affairs, mostly those of Charles Ryder, and the best is his love affair with the house. 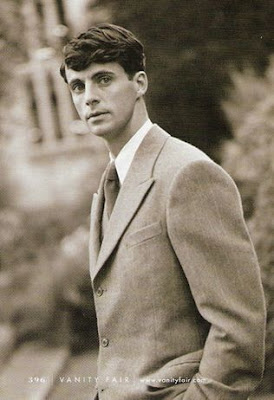 
The author Evelyn Waugh clearly had fallen in love with a house or two in his day. The home, Brideshead, is, without question, a character in the novel. 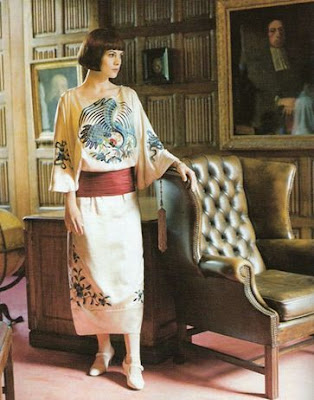 
Some folks are a little worked up that anyone is taking on this project. A television mini-series that aired in 1981 is, apparently, beloved. I was oblivious, in 1981, to Brideshead Revisited, and almost anything other than Tony Ward, but that's another story. 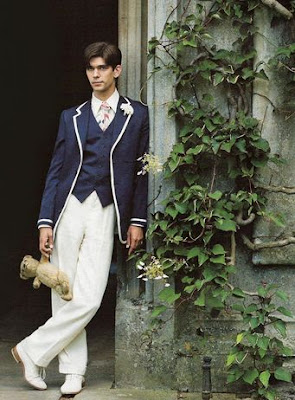 
In case you have not read the book, one of the main characters is Sebastian Flyte, a college-aged man (boy) who carries a teddy bear named Aloysius with him almost everywhere he goes. Before you comment on what kind of nut case has a teddy bear in college, I need to confess, I took my childhood bear with me to college and slept with him almost every night. Sadly, his name is not so clever (it is Bear) a point which vexes me to this day. I was quite a theatrical child; I think I could have done better. In Sebastian's honor, I named the first pet I adopted as an adult after him. A yellow and white pound cat, he was not nearly as Flytey as his namesake. 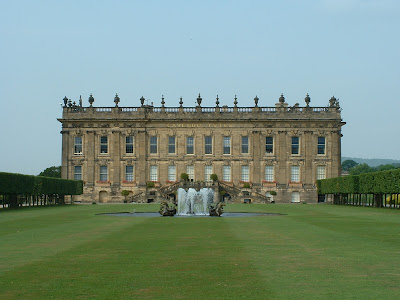 The mini-series location was Castle Howard, pictured top. The movie, it has been reported, is being filmed at Chatsworth House, above, which is, as you can see, beyond beyond. Jennifer Dwyer did a great post on the house and it's owner a while back. I already know I love the story and I can't imagine I would be disappointed by the settings, but I plan to rent the mini-series to see how they all stack up. Besides, it's a great excuse to snuggle up with Mr. Blandings. And Bear.


All images of the actors, Vanity Fair.

Post-script: Joni, of Cote de Texas is correct.  Chatsworth House was an original location for the movie, but it was actually filmed at Castle Howard as well.  Thanks for the heads-up.