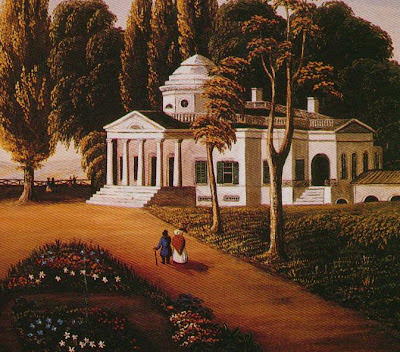 I was a bit conflicted about yesterday's post. I felt like it needed to focus on Washington, as, sometimes, I'm a bit of a purist. But my favorite president, when it comes to design anyway, is Thomas Jefferson. 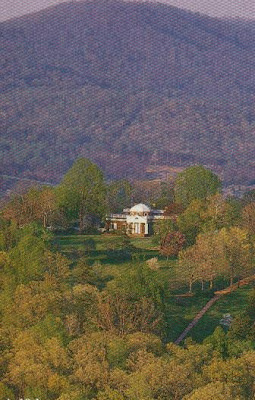 Cliche, I know. It's not as if I was the first to notice his deft hand at balance and scale. But mostly I like Jefferson because he was a thinker. His home reflects his ability to discern what he believed to be good and still allow the influence of others. He married what he thought an American home (estate) should be, while allowing the best of what he had discovered in Europe to creep in. 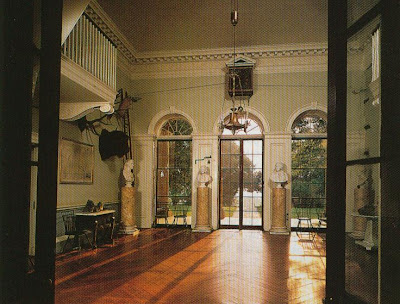 The entry hall reflected his interest in natural history, containing fossils, antlers, artifacts and the seven day clock of his own design.

Jefferson began designing Monticello when he was 25. He followed a standard, readily available pattern book. Construction began two years later in 1770 and continued for the next fourteen years. (And you thought your kitchen remodel took a long time.) Then he went to France. 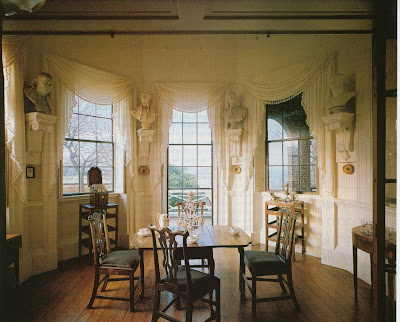 French architecture was a defining influence and he remodeled Monticello extensively to include the elements of design he learned there. 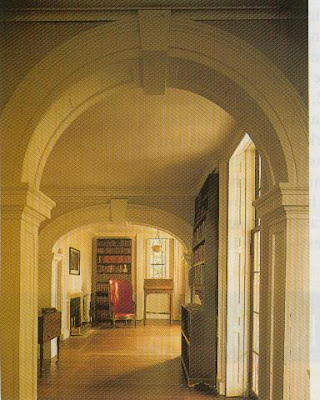 Ah, the enfilade, which ends with the view of Jefferson's desk - designed to be used while standing - and leather chair. 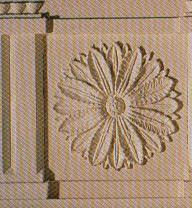 The frieze, above, was part of the plaster work of the dining room (below.) The motif alternates with one of cattle skulls to represent Jefferson's interest in agriculture and his working farm. 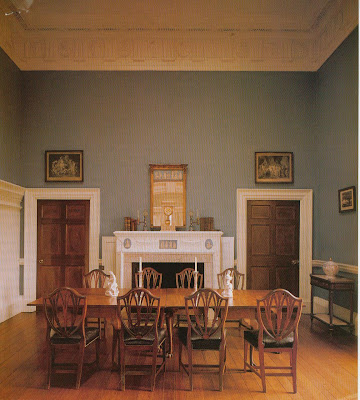 Clearly, Jefferson was focused on detail. Blue and white jasperware is inlaid in the chimneypiece. 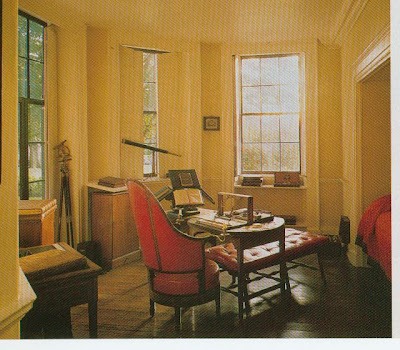 The study, including the walnut bookstand of Jefferson's design. 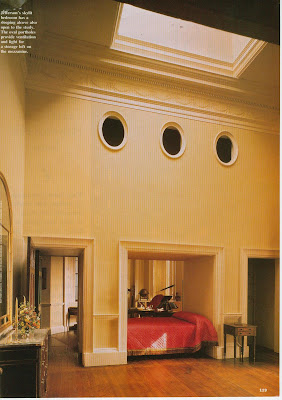 Jefferson's bedroom connected to his study and the bed was tucked into an alcove between. The skylight provided an additional source of light; the portholes provided light and ventilation to a storage loft on the mezzanine. 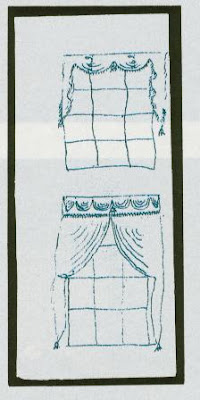