A Recipe for Happiness 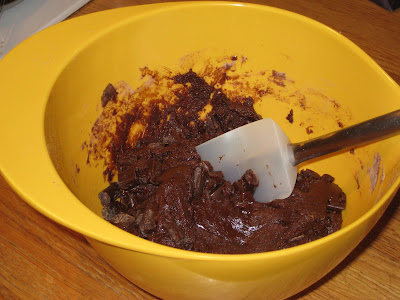 When you are aesthetically focused it affects lots of things others might not realize. When darling #2 broke the big melamine bowl, Mr. Blandings set out for a replacement. As is typical of my better half, he went looking for one bowl and came home with four. A set. Different colors! Fun! 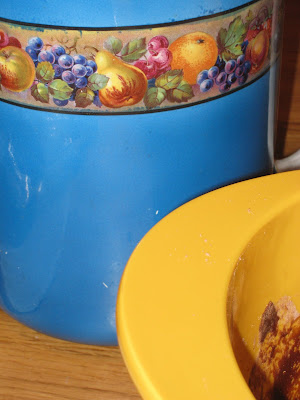 As I was making cookies for the previously mentioned bowl-breaker's birthday, Mr. Blandings asked if I would ever use any other than the yellow bowl. Naturally. I'm not married to yellow. It was just the best choice for the chocolate brown dough. 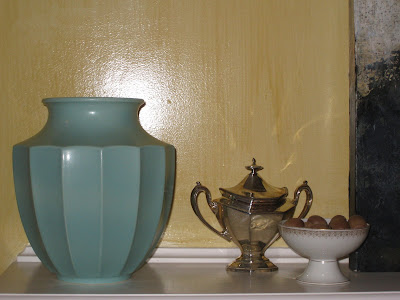 But, my affinity for yellow is a bit out there, and I have had a recent inquiry as to my favorite rooms of yellow, blue and white. Now, I think there are "blue" girls and you either are one or you're not. The closest I come to blue is this smudgy turquoise, but that crisp blue and white, well, that can be the perfect antidote to the winter doldrums. 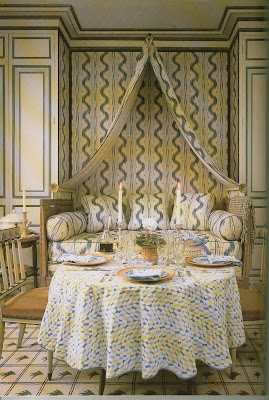 This is one of those classic interior images. It might be a bit difficult to see on the screen, but there is a touch of yellow in the cloth. The sofa fabric is Colefax and Fowler and one of my favorites. Colefax and Fowler, and specifically, the late Roger Banks-Pye has put yellow, blue and white to great use. 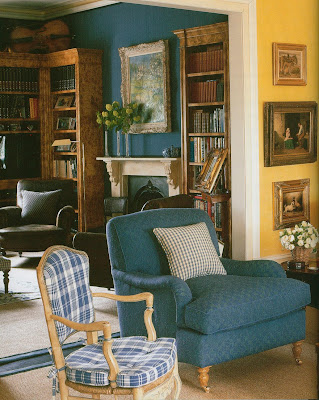 The images, above and below, are Banks-Pye for Valentino. He carries the scheme from one room to the next by reversing the way he handles the blue and yellow. In the study, the "yellow" of the bookcases (here a burled wood) stand out against the blue of the walls. The connecting living room then flips; the wall color a smashing yellow with the blue in the upholstery and ceramics. Gilded frames and sisal rugs provide consistancy in both rooms, as well as a bit of high/low tension that typify Banks-Pye's work. 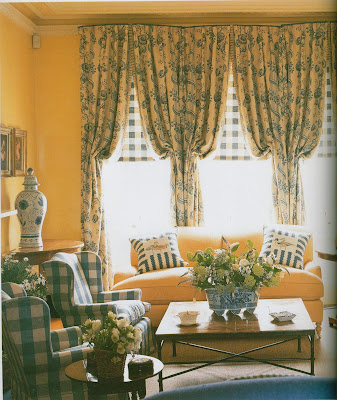 Banks-Pye makes easy work of these three tall, but separate windows. This Colefax and Fowler toile is close to my heart because of its prominent sunflowers. Sunflowers are the Kansas state flower. If you ever have the opportunity to drive across the western part of the state in the summer you will be rewarded with field-upon-field of home-grown sunshine. There is wonder in those swaying stalks with their giant yellow flowers. I don't think you could be in the presence of sunflowers and not feel your spirits rise just a bit. 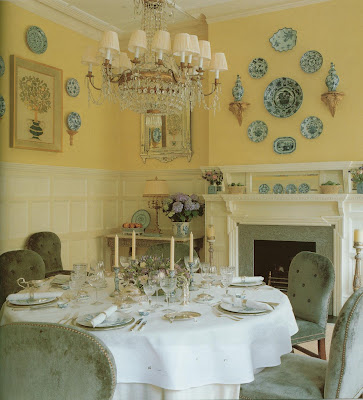 
Purists, I'm sure, would disagree, but blue and white pottery can be had at very little cost, and it makes a great impact on wall and tabletop. 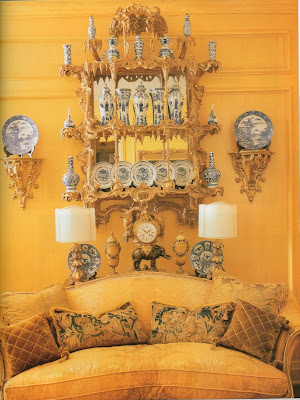 
Bill Eubanks chose this bright yellow because he thinks "vibrant yellow light in a room will give the appearance of light even if there isn't actually a lot of natural light in the room." Amen. 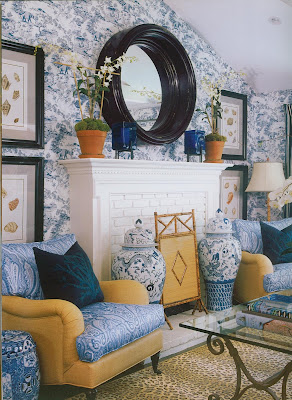 Here, Barclay Butera gives a modern lift to the traditional English take on the combo. Painting the brick of the fireplace surround white certainly gives the room a lift. Leopard carpet is a fresh addition that still reads "yellow." 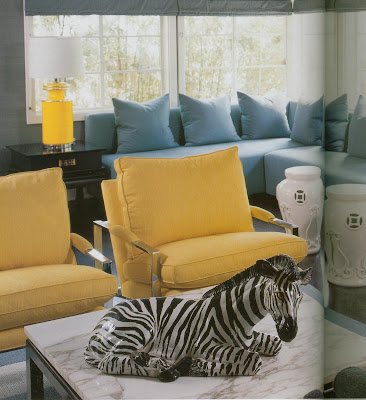 If you'd like your yellow, blue and white with a little Hollywood Regency twist, you can follow Kelly Wearstler's lead. Both of these images from her book Modern Glamour: The Art of Unexpected Style. 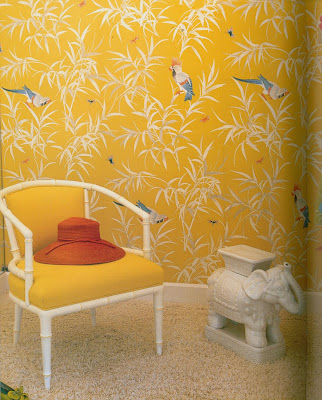 But if I were going with one designer's interpretation of this combination, it would be Michael Smith. 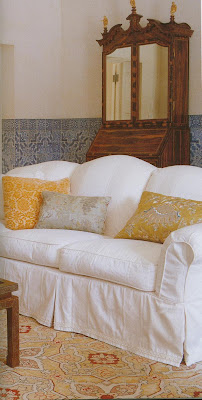 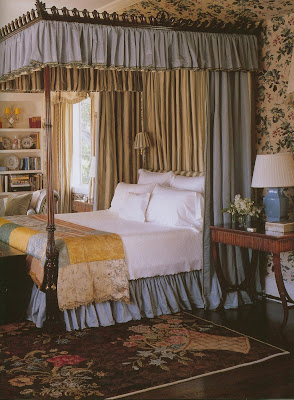 Elegant, but no less interesting. 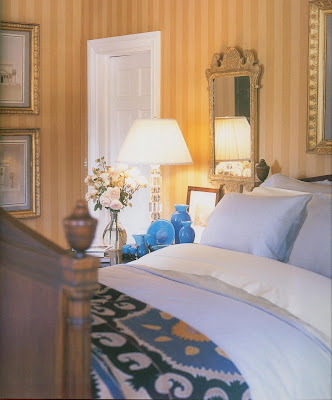 The tiger carpet and pillows are a fantastic counterpart to the blue of the walls and upholstery in this bedroom. So fresh. 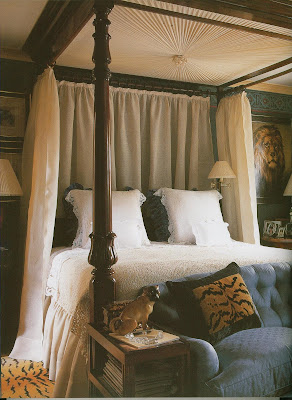 By the way, if none of this is helping your winter blues, you can always turn to chocolate. The cookies for the middle boy were a great success. The recipe comes to us from one of the number-one-son's friends, so they are affectionately known as:

If these don't lift your spirits, nothing will.