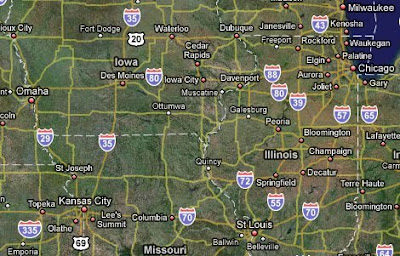 So asked an anonymous reader.  Forgive me, I've been on vacation.  I know I usually let you know before I go, but as I have revealed nearly everything there is to know about me, it seemed somehow unwise to skip town for nine days and alert total strangers in advance.  I mean, I'm going to seminars on this kind of thing for my eleven year old.

Anyway, it was a bit of a blog debacle.  I had half-way prepared posts in advance, but then left my notes in the car, which ended up in "the satellite garage."  It's not that it could not be retrieved, it just seemed like so much trouble.  I hated to ask.

To fill you in, we loaded up the boys and headed out for a nine day driving tour of the Midwest.  My idea, of course.  Mr. Blandings's idea was to go to Cascade, Colorado, only he's been having that idea for the last sixteen years.  We haven't gone every year, but a conservative estimate would be, say, ten times.  Maybe twelve.  I just thought, it might be fun to do something different. 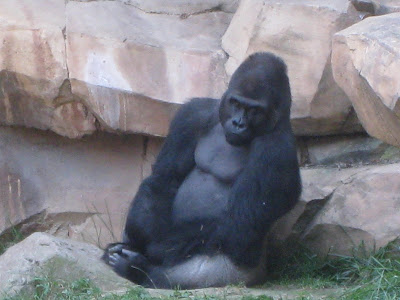 One of the tricky things about being married is the finding a balance in the way to do things.  Generally, if both people are engaged and conscious, each has a "right" way for things to be done.  When to open Christmas presents whether eve or morning, the amount of hoopla a birthday deserves from minimal to Big Mamoo and where to go on vacations.  I've noticed a lot of folks "always" go to fill-in-the-blank.  And that is right and everything else is wrong.  Not nearly as good.  In fact, bad. 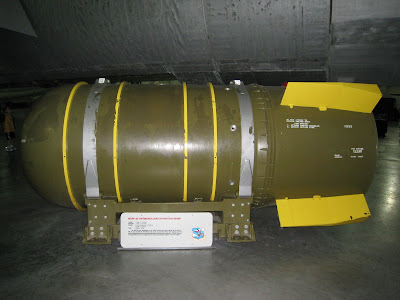 My family, or my divided family, took the other route.  We went somewhere different nearly every time.  One of my earliest vacation memories is the last trip my parents took together.  We lived in Atlanta and drove up the entire east coast to Canada then back down, slightly west, culminating in lost car keys in, maybe Alabama that required two of us flying back (me and my dad) to make the Donny Osmond concert while two of us waited to receive the overnighted spare keys to drive back (my mom and two year old sister, the key loser.)  My parents separated three months later, but I'm sure that is a coincidence. 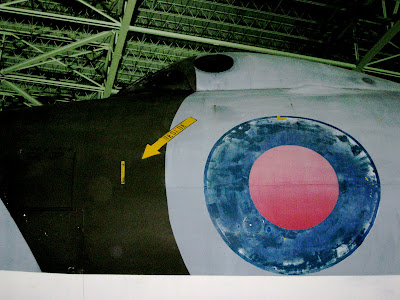 My proposal to Mr. Blandings was north to Omaha to see the zoo and the Strategic Air Command Museum, northeast to Dubuque to visit college friends, southeast to Chicago for the bulk of the trip and then south to St. Louis before we headed home. 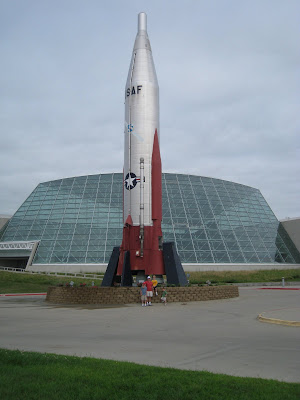 Wrong.  Folly.  But as he has been raised by lovely people he simply ignored the plan for a few weeks.  Like all things that are unspeakable, he hoped it would go away.  Instead, I pushed on with reservations and maps and house-sitters.

The day of, resigned, he loaded the car and off we went.  Left to Blandings, my children might never see a big city.  It's not discussed, so much, but big cities seem to be avoided.  Which could be fine, except I love big cities.  My adrenaline jumps at just the thought of a city vacation.  I adore the energy and the options.  The boys had not been to a big city and I thought Chicago was a fine place to start. 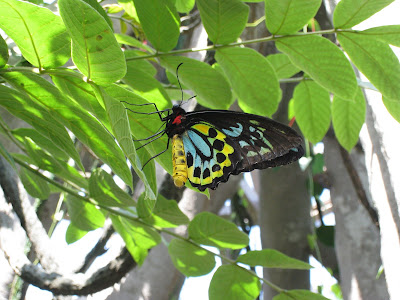 But first to Omaha and the Zoo was amazing and Strategic Air Command was particularly fabulous if you are a boy and think war is heroics and bravery and glory.

Dubuque was the best.  I had made unfortunate hotel reservations over the protests of our friends.  "Stay here!  We have room!"  They said it again and again, but I worried.  There are five of us.  Five.  And three of us are unruly, poorly disciplined, boys.  I feared they would loathe us at the end of three days. 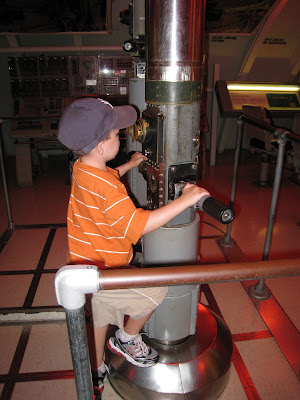 But the hotel room was a problem.  Unruly and poorly mannered next-door-neighbors made themselves known at 1 a.m of our first night.  Mr. Blandings and I lay awake listening to the untoward scene next door, unable to call the management to complain as the boys were thankfully sleeping though it.  To make the phone call might wake them.  Better for them not to hear.  So, on night two, we accepted the gracious invitation and moved our brood in. 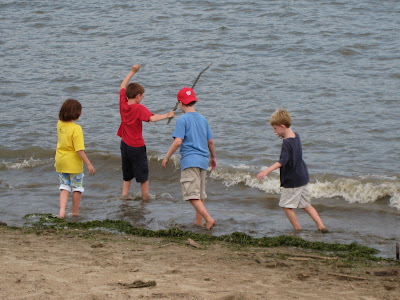 Playing in the Mississippi.

I adore children and the fact that they can be life-long friends in the manner of three minutes.  Of course, our hosts offered a relaxed and honest hospitality that I hope someday to be able to repay. 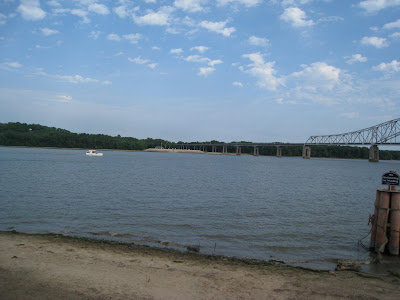 Chicago.  Chicago is easy. It's big and offers all the big city things - museums and restaurants and mass transit - without being so hard. Chicago is Midwest. It folds you in. People everywhere, one on one, are mostly the same. In Manhattan, Kansas and Manhattan, New York some people are nice and some people are not. The difference is how people are en masse. In New York you do have to prove a bit. In Chicago, you don't. I don't want the boys to think cities are scary; I want them to think they are exciting. 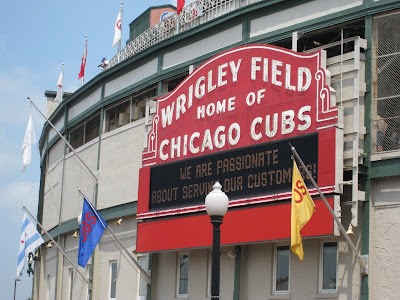 Upon returning, when asked, "What was your favorite part of the trip?" they all replied, "The hotels and the food."  Lots of pizza and french fries.  But they loved Chicago. 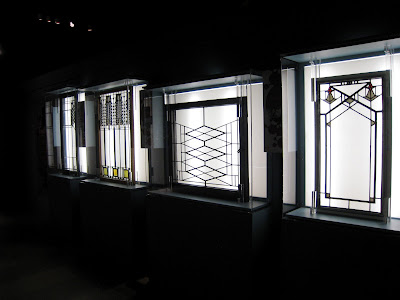 The Shedd and the Field Museum and the beach and the Cubs game.  Each admitted they could live there someday. 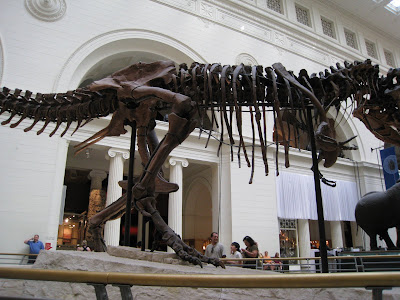 The train was an adventure, but no more so than cabs.  Cabs are like Space Mountain except you don't have to wait in line as long. 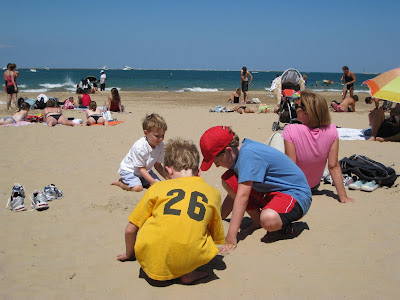 A stop at the beach on the way back from Navy Pier.

I have to admit, I wanted to by-pass St. Louis.  The whole trip seemed one day too long and I was longing for home.  And Rosie.  We offered it up, but the boys, seasoned travelers now, insisted on St. Louis.  We basically ate, slept and saw the Arch, but it was worth it.  The Arch was gleaming and majestic and so much darn bigger than you think it is. 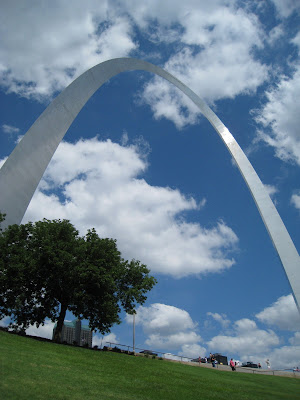 So, home again just in time for the dentist and orthodontist and back to school.  I don't think Mr. Blandings will be filing today, though he always seems to have an "early meeting" the Monday following a vacation. 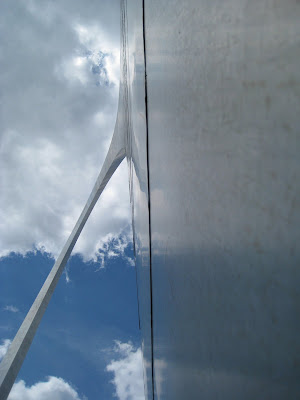