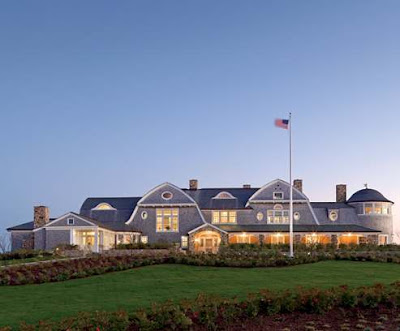 Architectural Digest this month features a home by Robert A.M. Stern, and I was tempted to make Stern the subject of the last Pop Quiz. 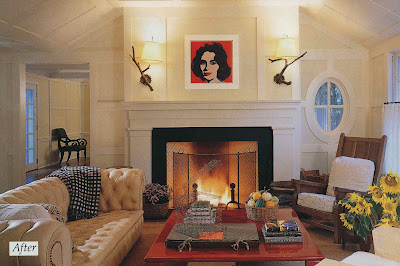 The bronze sconces were cast from branches found near the property.

The same publication featured Stern's own East Hampton cottage in February of 1994. 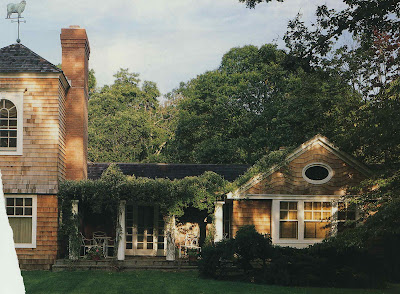 I'd rather hang out here.  I'm not sure you would agree, but it is difficult for me to visit the ocean and not be overwhelmed by its vastness.  I have three children, so I have my own daily reminders of my insignificance in the universe, but the ocean can make me have to sit down, maybe close my eyes, and get my bearings a bit. 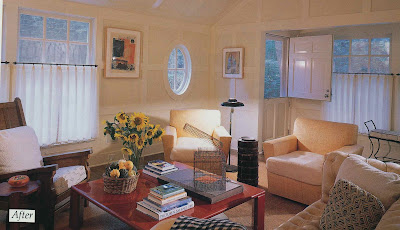 The 1967 Paris Review by Robert Rauschenberg "punctuates the room," according to Stern.

Because of this, I think the best beach houses are cozy.  Contained.  A reminder that, while indeed the world is wide, you can make your spot in it, perhaps no larger than your shell, to shelter you while you sort things out. 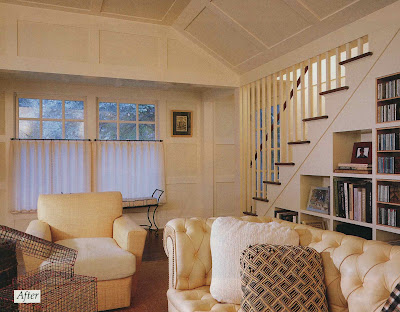 The chesterfield sofa was 25 years old when Stern brought it to the cottage; I can only hope that it is creamy leather as it appears.  The chair is of his design.

Stern modified an existing house and here I will borrow Paul Goldberger's text from the article as I could not do better on my best day. 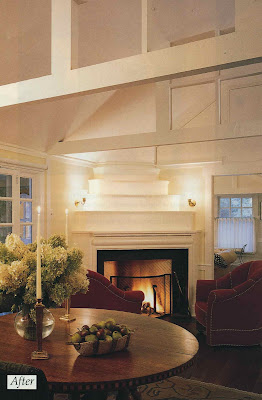 "This house is a consistently pleasurable companion.  It seems to know that its origins are common: It doesn't hide its bungalow beginnings, even as it makes its Jeffersonian gestures here and its Schinkelesque allusions there.  The house wears its knowledge lightly, and like a thoughtful conversationalist, it makes every statement with the intention of putting one at ease.  The result is that it comes off as gracious rather than overbearing, as witty rather than pretentious." 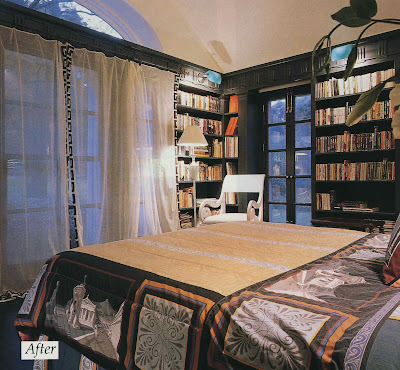 Stern says, "You should either eat in a library or sleep in a library, and I made my decision to sleep in one."

I could live the rest of my life wishing to live up to that epitaph. 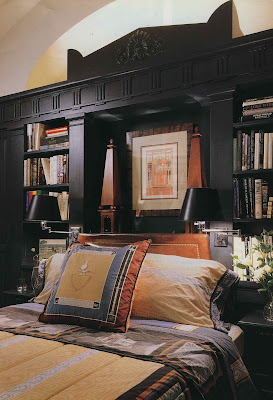 For all the reasons that Goldberger stated, I prefer this house, which contains all of Stern's usual elements, to the gigantic ones. 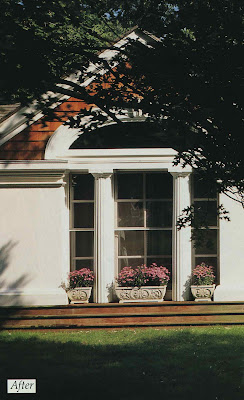 Stern collected carefully for this house, though he was not worried that things needed to be particularly fine.  Goldberger surmised that the house succeeds, "in making much out of what is there."  And I just can't stop wondering, who is writing about houses like this now?