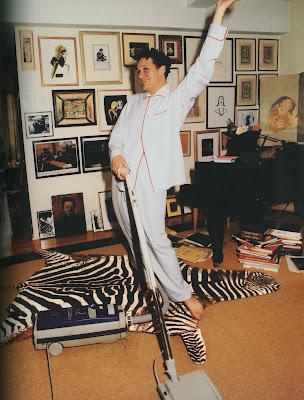 My big city friend emailed a couple of weeks ago and said, "You must address the taxidermy issue; it's the elephant in the room."  or something like that.  I was trying to keep away from all issues political, but this one has been bouncing around in my head and today I had to put it to rest. 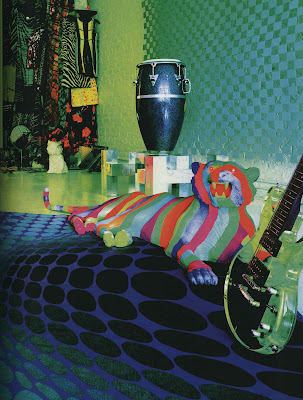 My thought was to find examples of taxidermy used well.  I have to come clean here.  You know that Mr. Blandings is a hunter and in his first home there was a good little bit of stuffed stuff.  Fowl.  It does not remain.  But as I began to hunt myself, I couldn't bag a beast.  The above images from The Well-Lived Life were the closest I could find.  And, frankly, without the head attached Issac's rug was a stretch and the fantasy room by set designer Marla Weinhoff was, well, as crazy as the inspiration, but fake.  So I packed it in; tasteful taxidermy was a wash. 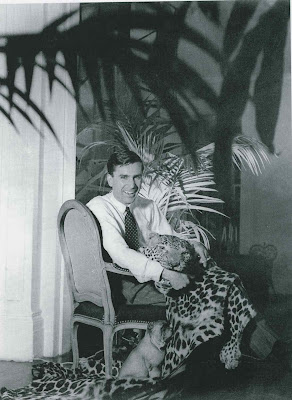 But Courtney's post on Sister Parish sent me back to Albert Hadley: The Story of America's Preeminent Interior Designer today to catch up.  Imagine my surprise to find a forgotten image of Wilbur Pippin, cat in hand, in the opening chapters. 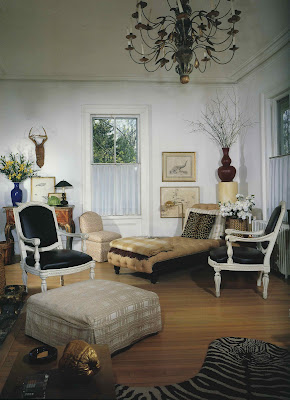 And another, at Hadley's country house on the Hudson River.  I've looked as closely as I can and this one could be carved, but the antlers look very real.  Could be skin. 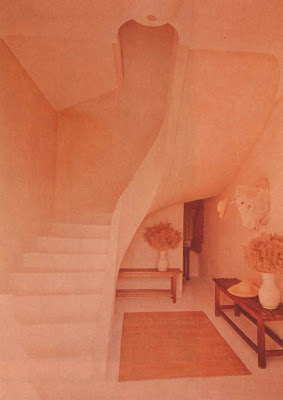 Moving in for the kill, I settled in on the floor beside the design books and began a more focused quest.  If Hadley had a head or two, maybe Van Day Truex did, too.  Alas, only one, and faux, but a classic image all the same and as I hadn't hit my limit, in it went. 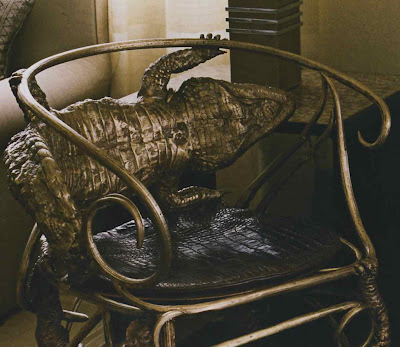 Vogue Living: Houses, Gardens, People was the granddaddy of them all.  Giancarlo Giammetti's Paris apartment contained a Francois-Xavier Lalanne alligator chair, which is sculpture, but spectacular. 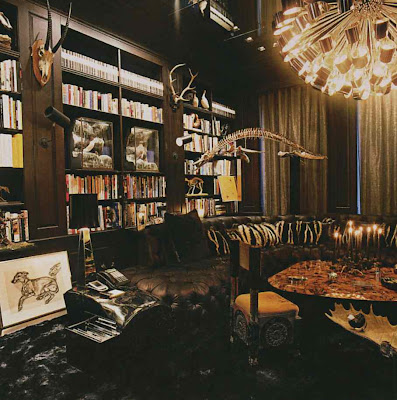 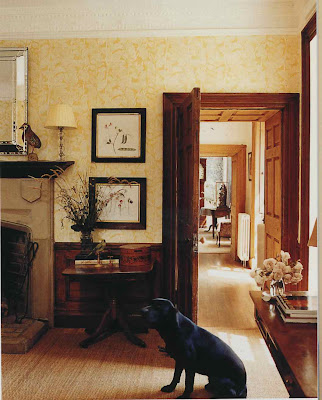 Always trying to make a Mitford connection, Stella Tennant and David Lasnet's Berwickshire library has a charming little bird on the mantle.  (Tennant's grandmother, Deborah is a Mitford sister.) 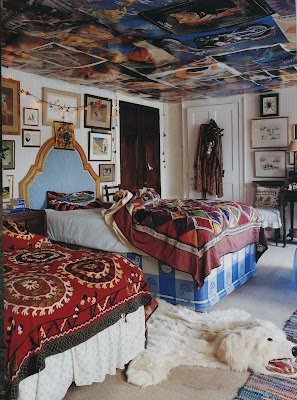 Emma and Timmy Hanbury's son, David, has a polar bear rug in his country bedroom.  David Hanbury was only sixteen at the time of the shoot; some might say he was too young and they should have let him go unharmed.

You can make your own call on taxidermy in design - chic or aw shucks.  Mr. Blandings did not put up a fuss when his menagerie did not move to the Dream House.  Now if I can keep him from bagging a trophy wife I'll be in luck.