Fade to Black - and White 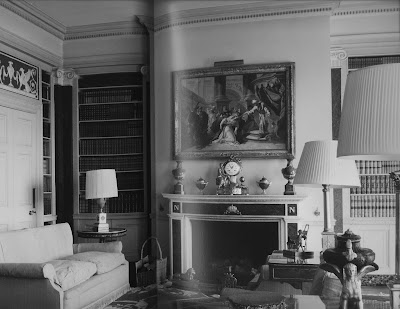 Blogging being what it is, a sort of personal stream of consciousness, inspiration can come from many sources. 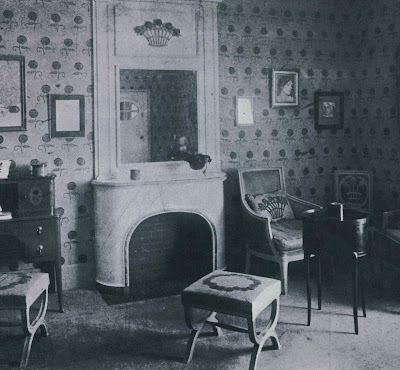 Courtney Barnes at Style Court (recently deemed one of the best classic design bloggers by domino, with which I happen to agree) did an interesting post inspired by Michael Smith's philosophy that we create a back story for our designs and then work to fulfill them. 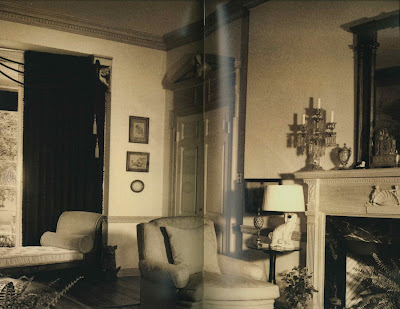 My copy of Smith's book, Houses, arrived shortly thereafter.  I, too, was intrigued by his musings on inspiration and the castles in the air that eventually become the sofa in the living room.  "I think we collect images.  We string them together like beads until we have a rough notion of what our dream house could be," says Smith. 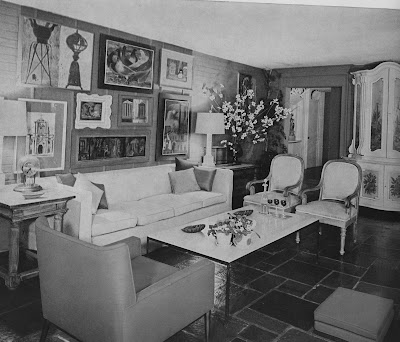 But what really piqued my interest was this: "Once in a while, I think about having a house photographed in black and white, just to see what it would look like." 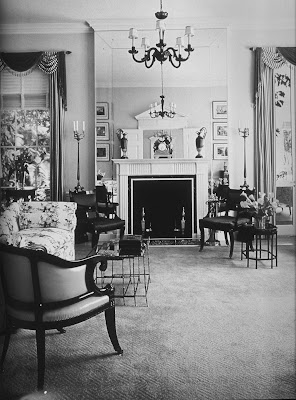 Which triggered a memory of Aesthete's Lament post on David Hicks Garden Design. 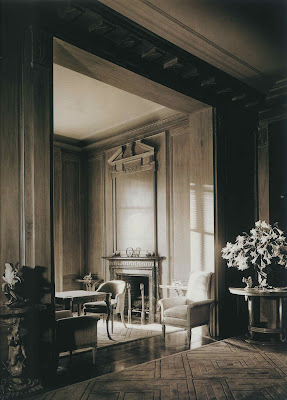 In the post, our admirable Aesthete quotes Hicks as explaining that the book is illustrated in black and white to emphasize the structure and planning of the garden.  To put sentimentality aside. 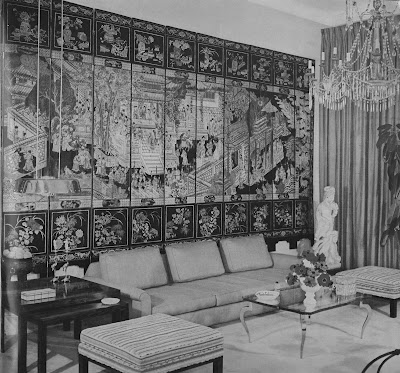 I am, usually, all about color, but I began to wonder how timeless a room would appear to be if the palette of the day were removed. 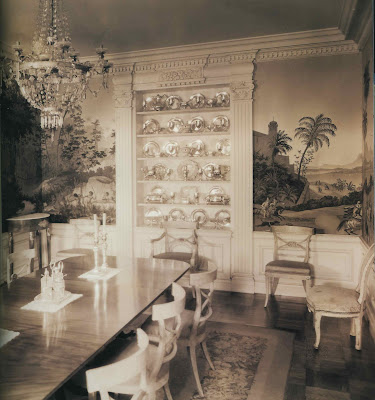 Could it be a test for timeless rooms? 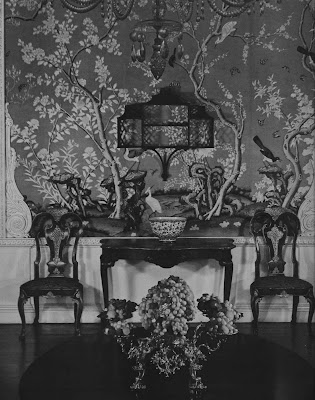 I doubt Smith will have the opportunity to have a project photographed in black and white.  It's a tough sell.  "Really, Margaret, I do think your readership will get it.  And the advertisers.  And the publisher!  Genius, black and white, we'll be the rage!" 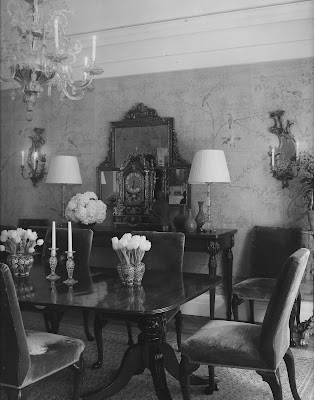 No, I think not.  But here, where no financial stake exists, we can study the structure a bit.  Just today. 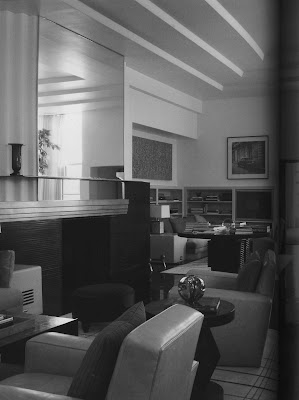 Some of these rooms are Smith's and some are not. 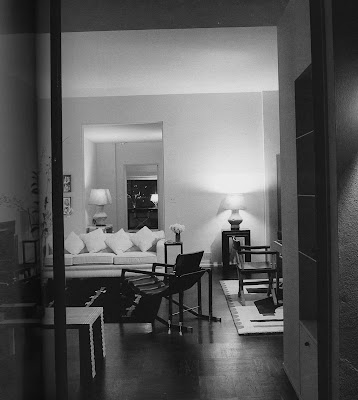 But I think these rooms are timeless and you will see similar elements repeated in many. 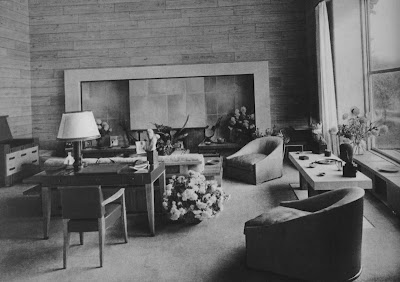 It's a testament to making investments in the tried and true and mixing in the trend of the day with discretion. 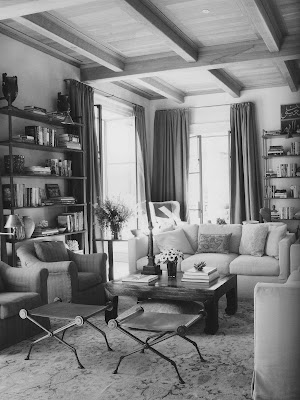 Two of my favorite houses in town are across the street from one another.  One, a stately Georgian is chic and slightly formal.  The other, a Tudor, is more relaxed but gracious and lovely nonetheless. 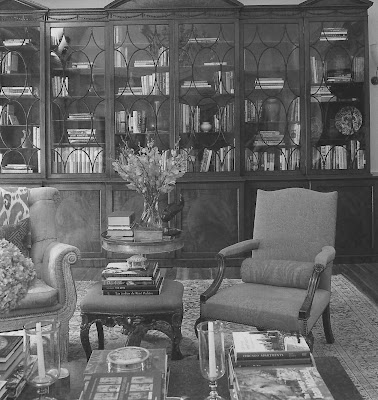 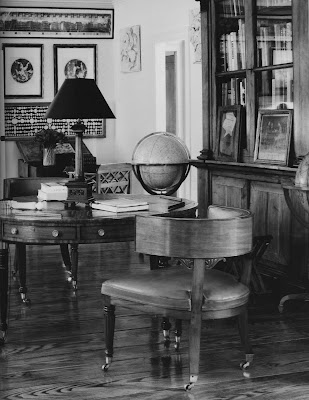 I will post the color images tomorrow and you can see how they affect your impression of the rooms. 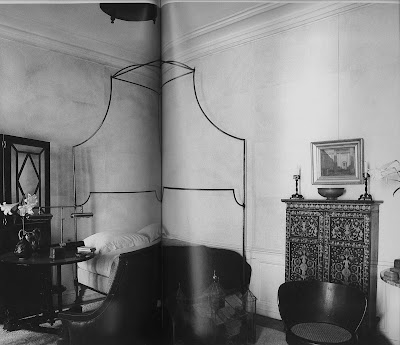 I highly recommend Smith's Houses and Regency Redux by Emily Evans Eerdmans; both are beautiful and beautifully written.  (And, if I were Ms. Eerdmans I would monogram nearly everything.  Wonderful.) 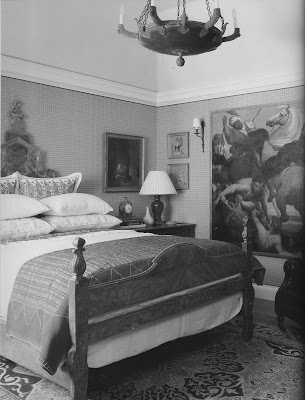 Smith wrote Houses with Christine Pittel and I am secretly hoping she is the genius behind the text.  It's almost too much to fathom that Smith would be such a good designer and a good writer.