Going (Back) To The Dogs 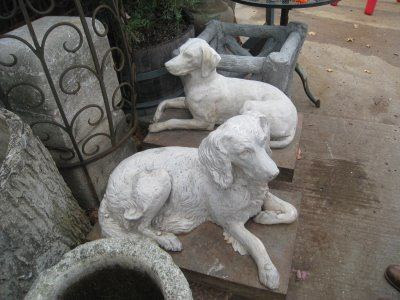 I could not get these hounds out of my head.  They had stopped me in my tracks outside of Christopher Filley's last week.  That paw of he of sleeker coat, draped casually over the base.  Heavens. 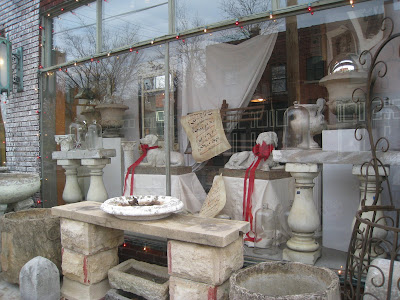 This noble pair had a place of honor in the window Friday as the shops stayed open late. 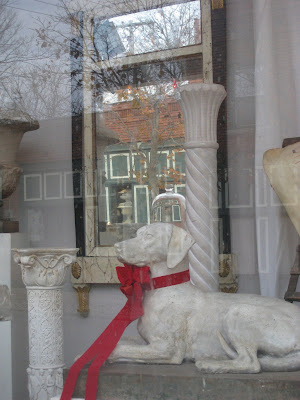 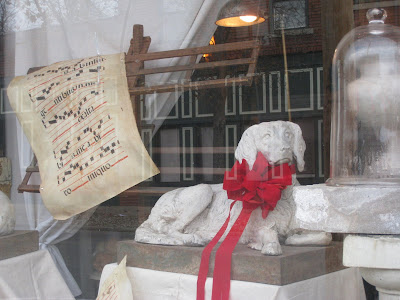 And with some local provenance, too.  These pups supposedly graced the Busche estate while still a private residence.

It was a lively evening and I hated to turn Christopher into my professor, so I did not admit my lack of knowledge.  I came home to google instead. 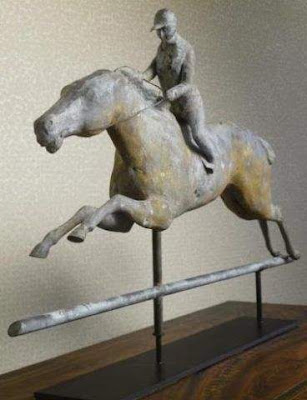 J. W. Fiske was a New York company which produced garden ornament, fountains, vases, urns and figures from iron and zinc in the mid to late 19th century. 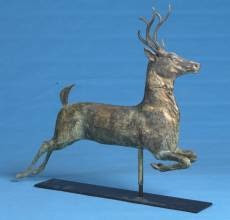 Fiske did not own their own foundries, so they contracted out much of the actual production of the pieces.  Their work was based on classical forms and often copied historical works. 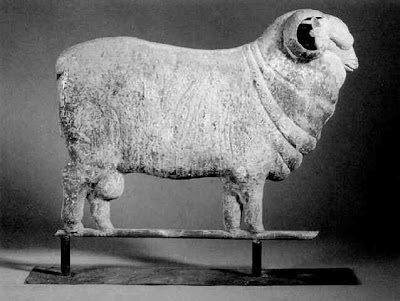 Seems there was a bit of "inspiration" which flowed both ways.  Some folks borrowed from Fiske; Fiske was inspired by the work of others himself.  Patent schmatent.

Regardless of who borrowed from whom, Fiske was then, and continues to be, regarded as one of the leaders in the field.  Many of Fiske's pieces are marked with the company name, location, date and often, patent number. 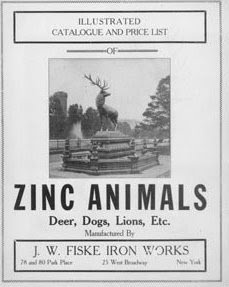 Extensive catalogues were published and can be found on-line. 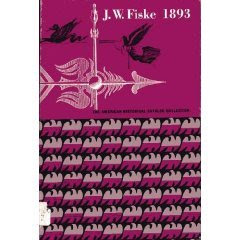 Interesting.  So, now I know a little bit, a tiny bit more.  Then, today, while going back through my file of vintage tear sheets I ran across this.  (By the way, the file is a higgledy-piggledy mess, one large file with neither rhythm nor reason.  I was searching for the missing page of yesterday's post in hopes of being able to identify its date.) 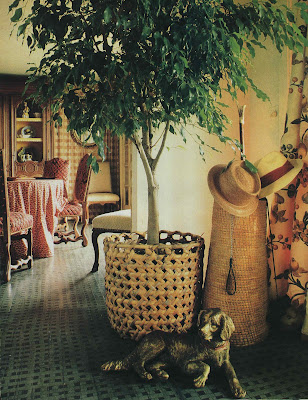 An image from House & Garden, September, 1987, from the Long Island home of decorative painter Richard Lowell Neas.  This dog, with one paw tucked and one out-stretched is paper mache, but so familiar.  Huh.  Funny. 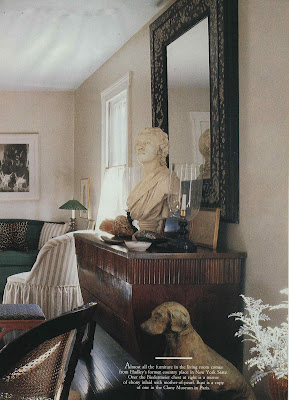 Then, while still looking, I had to stop and flip through an old favorite.  Just one more visit to Albert Hadley's Connecticut home from House & Garden (also no date as I am hopeless.)  Look, another dog.  Weird.  Could it be Fiske as well?  Unidentified, darn. 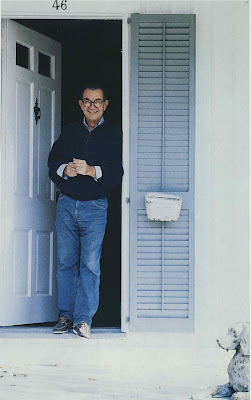 And then the flip of a few more pages.  This is a most delightful image of Hadley at the front door.  Notice the faithful friend bottom right.  Clearly, I have no idea if this is a Fiske piece, but he bears a striking resemblance to Christopher's new acquisitions.

Post script: My editor from Spaces just emailed to tell me that Richard Lowell Neas is from Kansas City.  I knew you'd want to know.