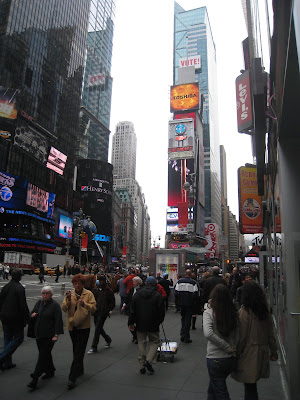 I went to New York to see people.  Not big masses of people, though I saw that, too, but a few individuals with whom I have become friends over the last year and some change. 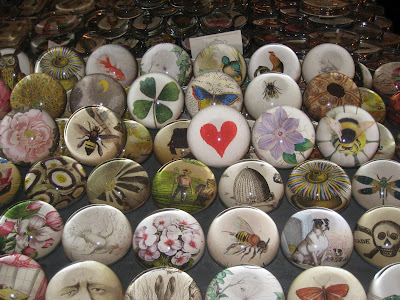 Up until now if I said to Mr. Blandings, "I got an email from my friend...." he would say something along the lines of, "Honey, he's not your friend; you've never even met him." 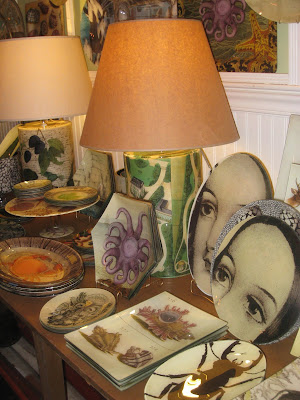 Which is exactly the stance I would take if one of my children ever claims an on-line friend, but this is different.  We are friends.  We have a lot in common.  I know things about them and I don't really think they're lying when they tell me about recovering a chair. 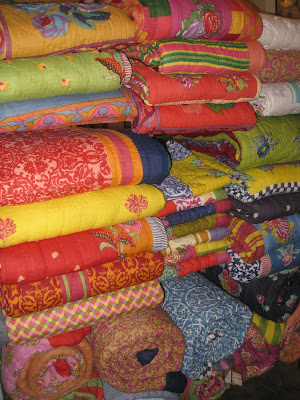 But when I received Joe Nye's invitation to attend a book signing with Carolyne Roehm it seemed the perfect excuse to go.  To meet.  To shake hands and hear the voices of some of the many friends I've been lucky enough to know only on a screen. 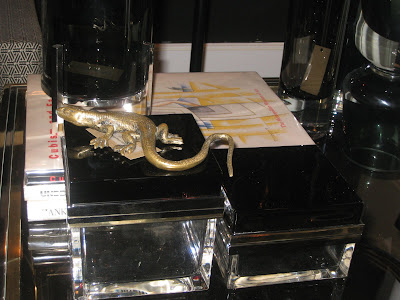 So, I hopped a plane (or two) and ended up in the city.  It is magic, isn't it?  I had a tiny bit of time to walk around the Village with my big city friend (and have a free cup of coffee on Starbucks to celebrate our vote) before we were off to an election party. 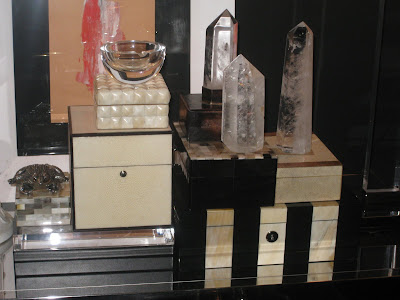 The next day, a bit weary, up and out and then about to see a couple of the shops that I had pined for on-line. 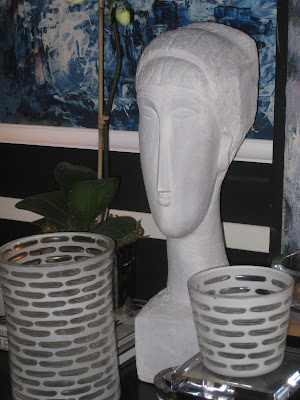 Nothing new, nothing you haven't seen.  John Darian and Flair and I adored them both.  Of course, at Flair I met a charming young gentleman from Pittsburg, Kansas.  His sister lives in Kansas City not very far from me.  Naturally. 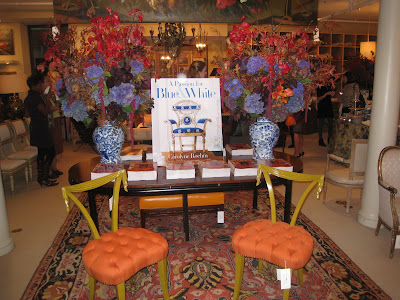 Another friend works at a gallery and she wanted us to stop in.  I had been hoping to get to the Cooper Hewitt to see the collection of watercolor interior paintings, but it had been nearly two years since we had seen each other and people are more important than pictures. 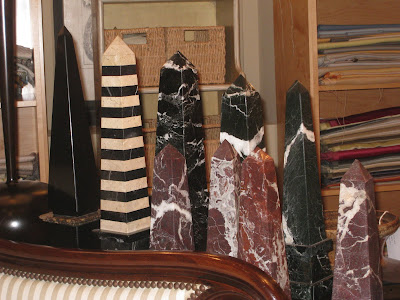 In an unexpected twist of fate, after admiring the pieces on display she said, "Come back, I want to show you something."  Into a private viewing room, planted in the cushy chair, she took the cover off a very large, stunning piece of art.  As I gazed wide-eyed I caught the signature.  Lee Krasner.  Geez. 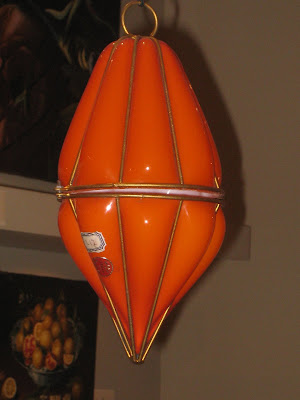 Close enough to walk, after being briefed on the directions six or seven times, I headed a few blocks up to Joe Nye's showroom. 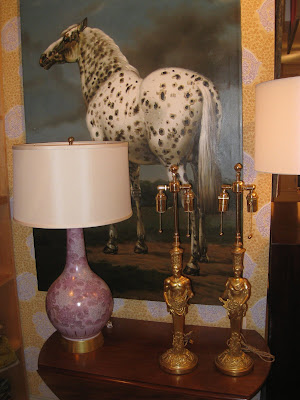 Gorgeous, everything, each piece so special and distinct. 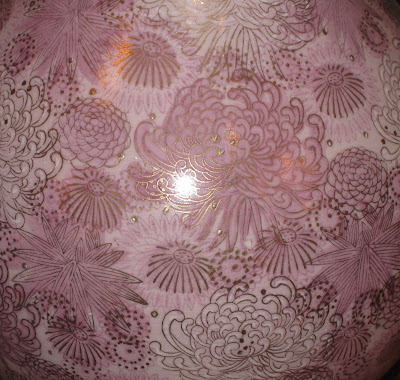 To say nothing of the flowers, the food and the energy which were all top notch.  Joe, who had up until that moment been an email friend, in Mr. B's book an un-real friend, became a true friend in every sense. 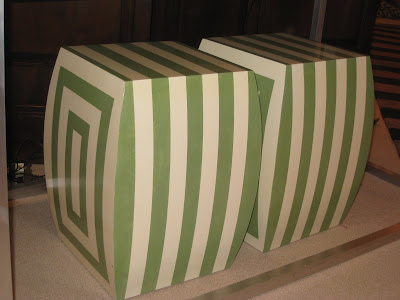 Warm and gracious he squired me around and introduced me to the most lovely people.

Not the least of whom were Jaithan Kochar and Eddie Ross.  A special treat was meeting Lisa Newsom, the editor of Veranda; I can only describe her as completely Southern, which is a great compliment in my book.  Carolyne Roehm was as beautifully mannered as she was turned out, gorgeous in her sleeveless sweater dress and (I think) Faraone Mennella earrings.  She's from St. Louis, you know.  Speaking of Missouri (again) it was a treat to see hometown friends Pam Fleicher and Ken Weiner of Creative Candles. 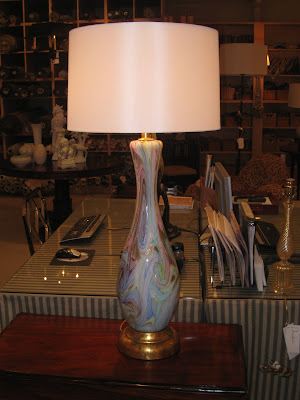 I could have stayed until the very end, but had to dash to meet Hollister and Porter Hovey for cocktails.  As if I didn't adore him enough already, Eddie managed to hail me a cab in the pouring rain at 6 o'clock in Manhattan.  My prince.

Hollister and Porter are as engaging and delightful as you would expect them to be.  We sat and talked and laughed and traded Kansas City stories. 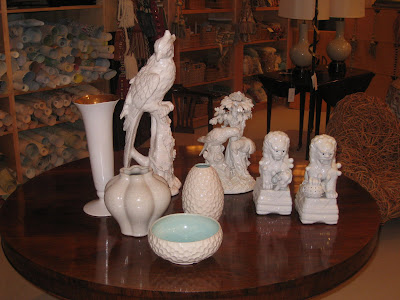 The trip was a joy.  I felt like presents and surprises awaited every turn and not one of them was an item with a price tag.  OK, except for the Krasner. 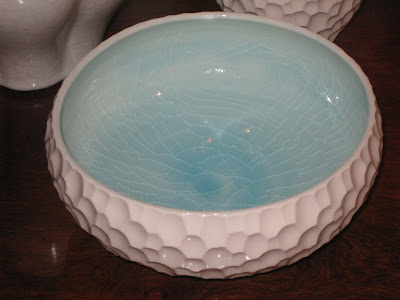 "You have to come back more often." "Oh, we want you to see this!" "Have you been here? But you must!"  A merry chorus espousing all the things they love about the city. 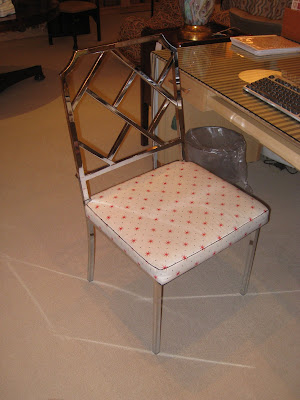 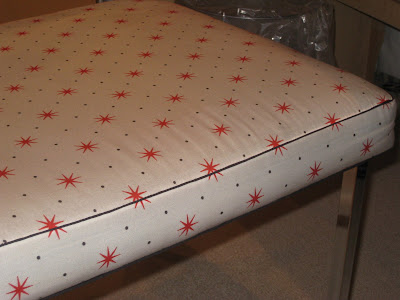 Images, top, my own, Times Square, if I'd had a hat I might have tossed it MTM style, the next three, John Derian, three following, Flair and the remaining, Joe Nye's showroom.