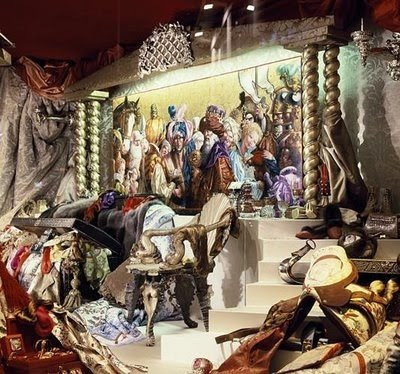 I was quite charmed by Jennifer's post last week on past Hermes windows.  In particular, this 1989 window, "In Praise of Silk," bowled me over.  That grotto chair - divine! 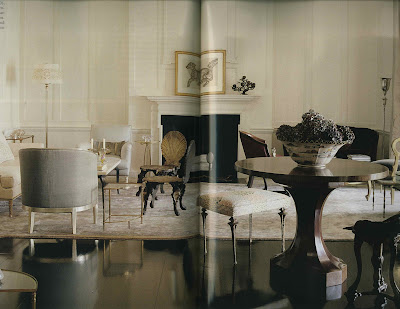 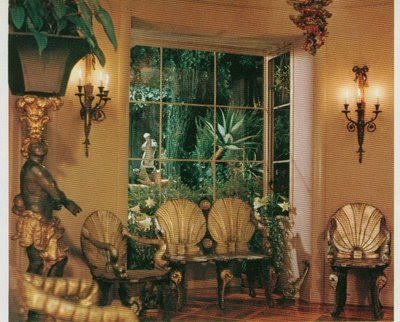 I don't know why they captured my fancy so completely.  I had posted this set, above, from George Cukor's home featured in Architectural Digest, January, 1978. 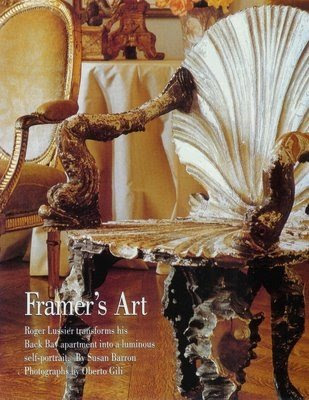 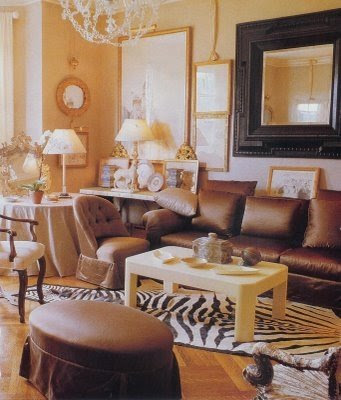 Here you can see its saucy arm in the bottom corner of the image. 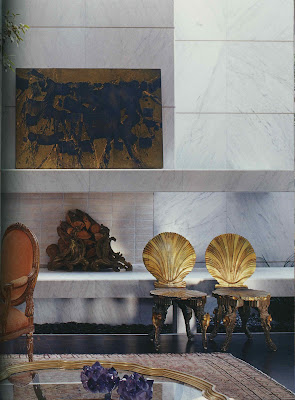 When I went on the hunt, however, they were more elusive than I had anticipated.  Ms. Weastler used them with great aplomb in the sleek setting above.  They are quite dramatic juxtaposed with the spare and linear marble fireplace. 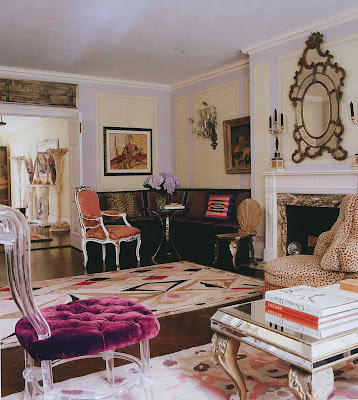 No surprise, Amy Fine Collins came through just as a girl would hope.  A little lucite, a little animal print, and, yes, a gilded grotto chair. 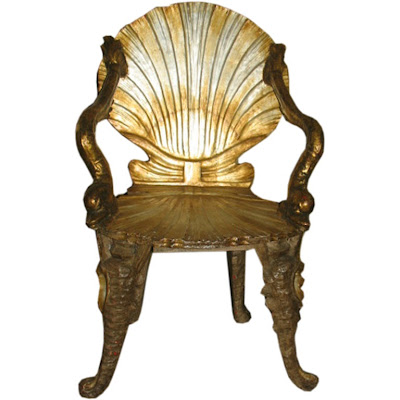 There are a few available at 1st dibs right now, including the beauty above.  Seems odd that I would be as equally entranced with grotto chairs as I am with the killer klismos.  As I am just wishing and not buying I guess I don't need to decide.  Curious.  Cash in hand, which would it be?  Heavens, I do hope there's enough for both.

Kelly Wearstler's work appears in Rooms to Inspire by Annie Kelly; photographs by Tim Street-Porter, who also deserves credit for the Gambrel room I posted in haste last Thursday.

Amy Fine Collins's apartment was captured by Simon Upton; it originally appeared in Elle Decor, but can be instantly enjoyed in So Chic, edited by Margaret Russell.