Homer Page at the Nelson 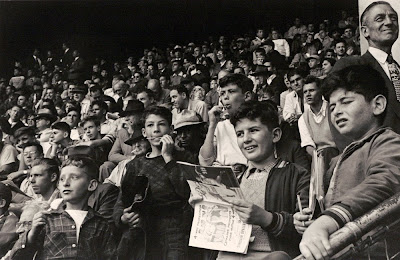 Friday found me with just the right size window of time - too small to go home and work and too large to go early and wait until the boys were released from school - so I headed to the Nelson-Atkins to see the new photography exhibit. My father was a television news photographer and while he captured his subjects moving and not still, it has always increased my interest in photography. I'm intrigued by the way the photographer sees the intensity of the image but remains detached. 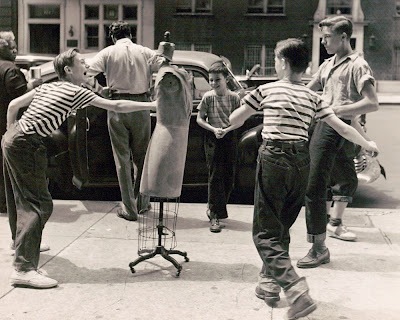 Homer Page was born in Oakland, California and studied art and social psychology (ok, really, think about that for a minute) at the University of California from 1936 - 1940. His neighbor and mentor, Dorothea Lange, encouraged him to take up photography in 1944. By '47 he was featured in a major show at the Metropolitan Museum of Modern Art in New York. 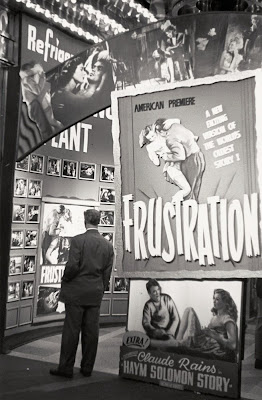 Page received a Guggenheim Fellowship in 1949 and he took the opportunity to document his interest in modern culture primarily by photographing people on the streets of New York City. He was easy and sly in his craft. Mostly his subjects seem unaware of his presence, but the tension of the '40's is clearly visible. 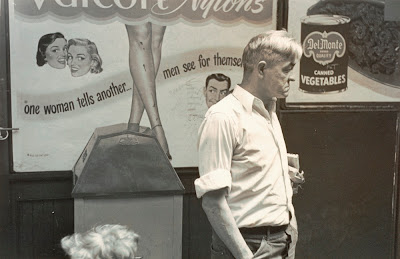 The fellowship allowed Page to focus on his photography for a year. While he was widely recognized for this work, he transitioned into a professional career as a magazine photographer. Few of his photographs were in private hands and his work was largely forgotten by the time of his death in 1985. 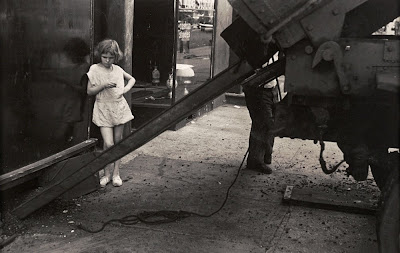 It's engaging to see the romantic, formal styles of the 40's off the movie screen and on the street.  Intriguing as well to study Page's interest in popular culture and commerce on the era.  One photo is of a wall of tawdry, paperback novels.  Some thought the paperback book the death knell of serious literature.  If you look closely at the dozens and dozens of titles you will find a copy of Eric Hodgins's Mr. Blandings Builds His Dream House.

The exhibit runs through June 7th. The Museum has planned several programs around the exhibit; check the site here.

"We are not sure of war or peace, prosperity or recession; not sure what balance to strike between our freedom and our security, either as a nation or as individuals.  The fundamental issues are clouded and almost certainly in transition.  This makes any attempt to record conditions extremely difficult." - Homer Page

Images courtesy of the Nelson.