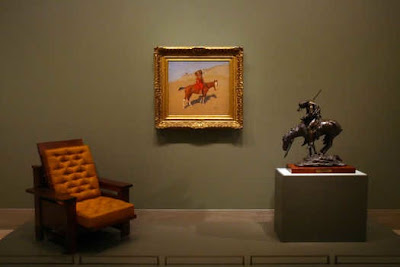 I had the great pleasure last week of seeing the renovated American Galleries at the Nelson-Atkins Museum.  The museum is, indeed, on a trajectory as its director, Marc Wilson, said in his welcoming words.  That trajectory began with a great big jump start with the opening of the Bloch building in 2007, but a steady and impressive climb continues with the opening of the American galleries this week and the Native American galleries in November. 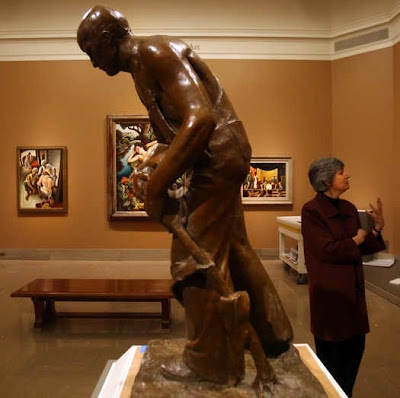 Wilson lauded the donors who invested in this vision as providing the fuel.  Midwesterners are uncomfortable talking about money and I thought this was such a lovely perspective.  You can certainly feel the energy in these new galleries. 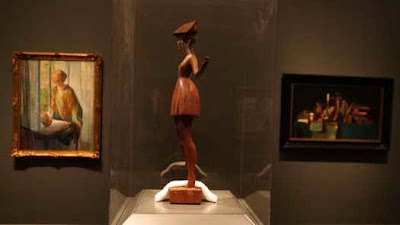 The galleries are arranged by time period.  They begin with 1776, an inky blue room which dramatically offsets both the portraits that hang there and the Nathaniel Gould Chest-on-Chest.  Each gallery contains examples of painting, sculpture and decorative arts from the period, so the viewer has the opportunity to absorb a snap shot of the age. 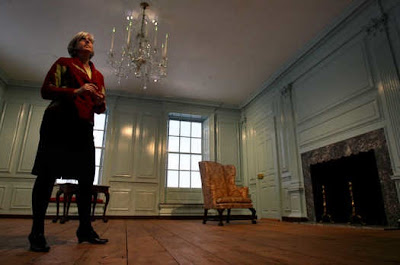 The gallery space was existing, and people familiar with the museum will be aware that it encompasses the space that previously housed five period rooms.  While interesting, those rooms were not entirely accurate and were, frankly, dark and a little difficult to see.  As part of the 1776 gallery, the drawing room of the Robert Hooper House has been restored.  In the previous space this room was painted cream and panels had been removed to make it fit its new home.  The room has now been restored and the paint and glaze were painstakingly applied to closely resemble the original.  It is a rich shade of robin's egg, slightly paler, with a glossy glaze applied to reflect light.  The baseboards and window seats are bark brown and flat providing a distinct contrast.  The floors are not original to the room, but are composed of 19th century wood resembling the original.  You cannot see much of the furniture from the image, above, but the upholstery is a deep, rich red damask.  (I liked it, just in case you couldn't tell.) 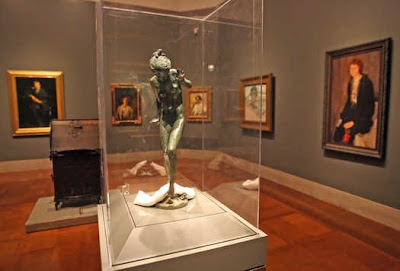 The galleries unfold through 1826 marking the National Academy of Design in New York, 1850, 1886 recognizing the first Impressionist exhibit in America, 1913 coinciding with the Armory Show which sparked concepts of modernism and 1939 the year of the World's Fair in New York. 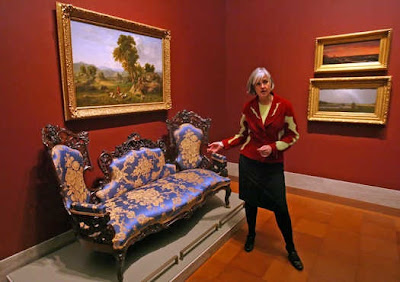 Sometimes you have the opportunity to see works by an artist together, as with three works by John Singer Sargent, but sometimes works grace different galleries reflecting growth and change.  Thomas Hart Benton's lovely but somewhat conventional portrait of his sister appears along side the Stickley table, the Tiffany lamp and other works in 1913. But, around the corner, in 1939, you will find his dramatic Persephone and Hollywood hanging out with Georgia O'Keefe and a later Frank Lloyd Wright chair which suits both as furniture and sculpture. 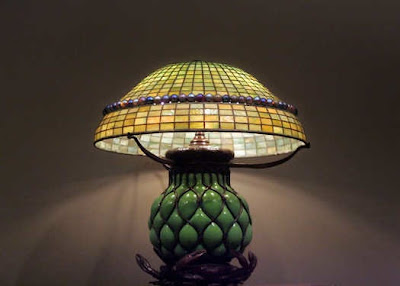 It is a terrific way to absorb the art.  Wilson noted that museums are democratic.  The Nelson, which charges no admission, provides the space for us to explore our heritage.  As the museum is free, you don't have to go and rush and push and see the whole thing in the matter of a couple of hours, overwhelming both your soul and your soles.  You can go, take it in, see a piece, a room, a period.  You should.  It's yours.  Go see your new rooms.
The new galleries open Wednesday.  More information on events surrounding the opening here.  The images are by Allison Long for the Kansas City Star.  Other than the Hooper House room, they do not correspond with the text and I can't for the life of me remember the significance of 1850 other than it preceded the Civil War.  That's another good reason to go.  Also, the color of the walls throughout are completely stunning.  That's not what you're supposed to be looking at either.  I'm just saying.