"Comfort was not a priority; aesthetics were." 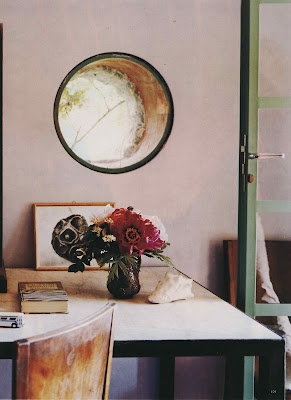 I just finished reading William S. Burroughs's Queer and the Beat goes on.  I had read On the Road a few years ago and all I kept thinking was, "Oh, for heaven's sake, get a job," but this was different.  Burroughs was a midwesterner who was born in St. Louis and died in Lawrence and bounced around in between.  And when I say bounced, I mean bounced.  While Kerouac just seemed like the deadbeat (ha) boyfriend your mother would lie awake at night worrying about, Burroughs made me feel his ache though we've nothing in common but geography. 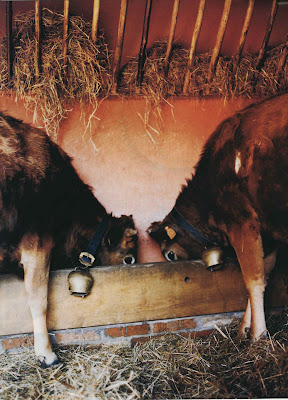 Concurrently, I've had this article from House & Garden on my desk for weeks for no other reason than I like it.  More photo essay of Oberto Gili's Italian get-away than article, the brief text seems appropriate.  I wanted to post it, but there did not seem to be much point.  Pretty, but no context. 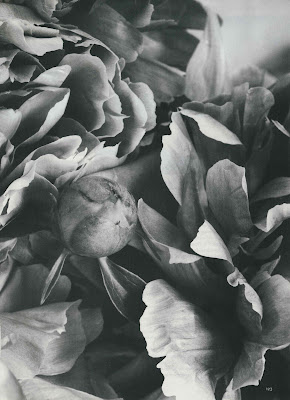 But if an entire movement of literature can be comprised of young men's drug-induced stream of consciousness then surely my blog post needs neither explanation nor qualification. 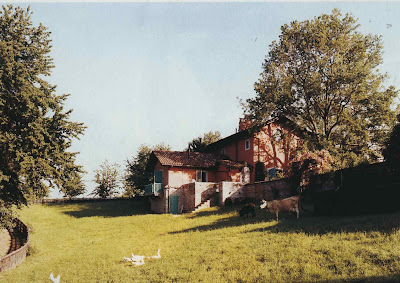 My year came to an end yesterday.  I have two calendars running at the same time and I am always distinctly aware of where I am in each.  While we are nearly mid-way through the calendar year we are at the end of the school year.  Summer begins today. 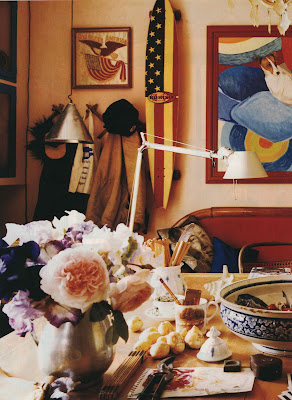 But yesterday as I was tying up a dozen loose ends I stopped to look at these images again and suddenly they captured everything that is summer.  This escape was no vacation home for Gili but instead a working farm which provided its relief not in relaxation but in a different sort of work.  He tended his garden, milked cows named for old girlfriends, gathered eggs and cooked.  He tried new things like making cheese from unpasteurized milk. 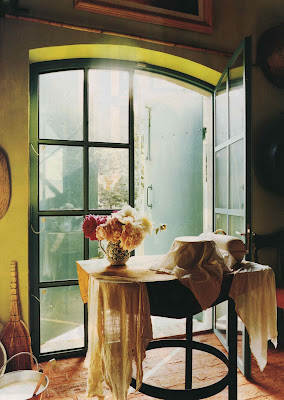 And, yes, took pictures which he developed in his darkroom and edited at his kitchen table.  He had family nearby. 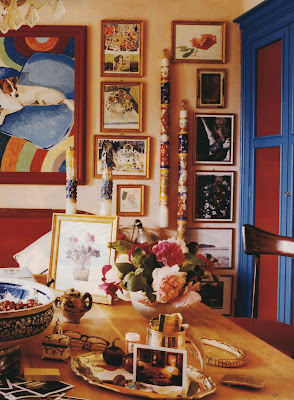 And the bottom of his pool was tiled as the American flag - a tribute to his adopted home, but also just plain pleasing as the ripples of the water made it appear the flag was waving. 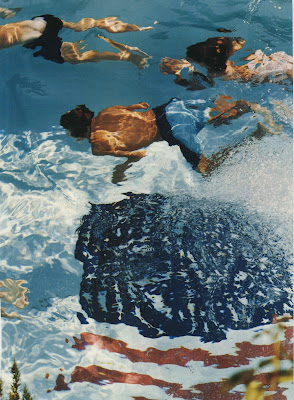 And, oddly, we have something in common, this playboy Italian photographer whose pictures I have posted and admired and I. 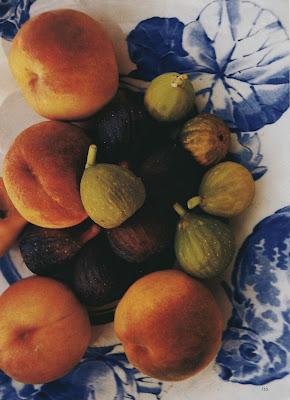 My escape from routine will entail a different kind of work.  And peonies and peaches and pools.  And I celebrated its beginning on a working farm staring into the big, brown eyes of calves and had my boot pecked by a chicken recovering from the abuse of an angry, perhaps disenfranchised, rooster.  She was wise enough, at least, not to let him put an apple on her head. 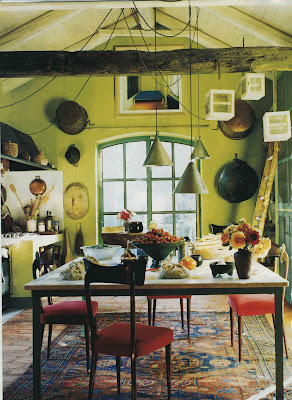 By mid-July perhaps I will have unraveled the mystery of where the stylist first placed I Married Adventure or decided if I should put iron conical lights over the kitchen island. 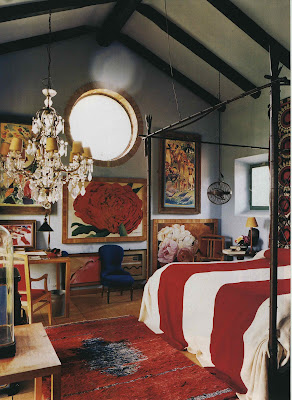 But today we begin late.  With doughnuts.  And all I can grasp is the appeal of smudgy turquoise with red and white, the scale of the blooms and the wrong rightness of the royal blue chair.

I spoke here in the past tense of Gili's Italian home featured in House & Garden, November, 2005.  He may very well still own this home, but I cannot be sure.  The title of the post is a quote from the article. Gili goes on to say, "and a sense of purpose."  All the photographs are his work.  The article was written by Marella Caracciolo and produced by Carolina Irving.  I Married Adventure, featured top, was written by Osa Johnson; she was from Chanute, Kansas.