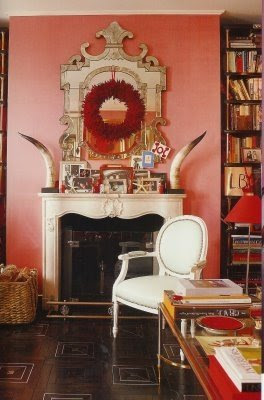 "Please, call me Miles," began the exchange and already I could tell that we were off and running.  I must admit, before I began this series I had a limited view of Redd's work.  My view was limited; his work is not. 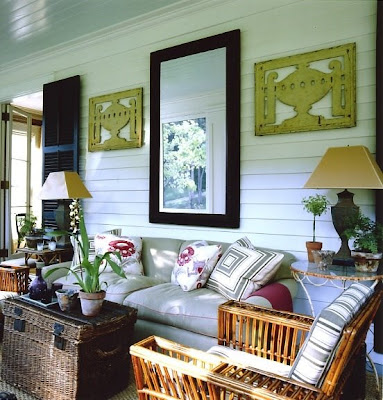 I had that blog-saturated word association thing going between "Redd" and pink and red - his own home that I had seen again and again.  Then Jennifer, Courtney, HOBAC put him on their lists and Aesthete's Lament declared his work, "has legs," and, well, I had to look again. 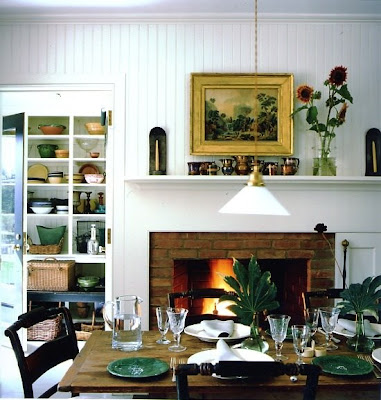 And when I looked again I found a much broader scope of work than I expected.  And I was entranced by the country houses. We began our acquaintance over email, but at the end of our first exchange Redd queried, "Perhaps a phone conversation...Let me know."  You forget, you know, how the sound of someone's voice changes the whole thing and you can hear where his energy lies as he speaks. 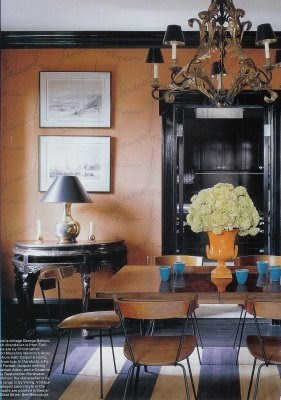 Redd was appreciative of the recognition without being the least bit cloying or false in its acceptance.   "Why do you think your rooms have timeless appeal?" I wondered.

"I'm guessing my rooms have a timeless quality because I study 'the Greats' and do my best to emulate their lessons.  I take their ideas and build on them - I think that is what all art forms are doing. 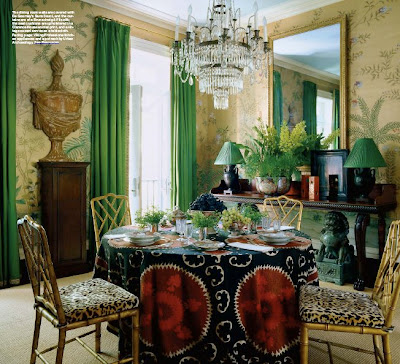 I studied all the great decorators at Parish-Hadley and created a reinterpreted version playing with scale, color and a mixture of classical and modern.  I give Bunny (Williams) credit for teaching me to push things out from the wall - to ignore the fireplace in a weird way.  I learned how to combine upholstery and frame pieces, squishy and tight, leggy and mass, brown and painted that seems second nature now." 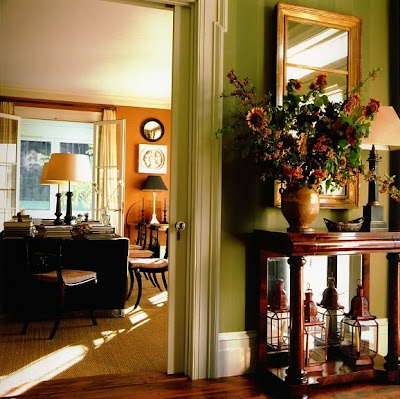 House of Beauty and Culture referenced the significance of Redd having "the right clients" to leave a lasting mark.  I asked Redd how he would define "the right clients" and he paused and chuckled nervously, "Well...resources, but beyond that imagination and a sense of humor. A lot of my clients seem to have southern backgrounds and are either living in New York or have had a New York experience.  They have a clear understanding of the importance of layers.  I like strong clients and enjoy the collaboration as long as they trust me to let them know when they are making a mistake." 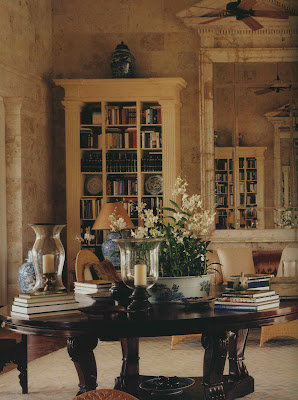 Redd had a few picks of his own for enduring spaces.  "Pretty much everything the de la Rentas touch is masterful in its room arrangement, color palette and collection of objects and furniture. 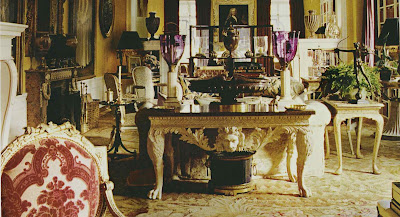 Look at the bedroom/ballroom in Kent, recently in Vogue." 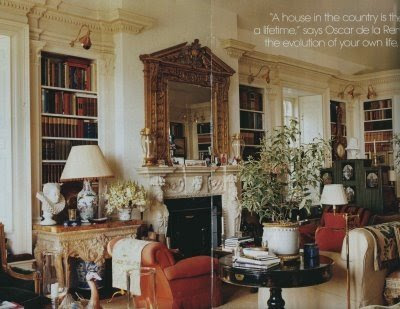 And of the "now" generation, who inspires? 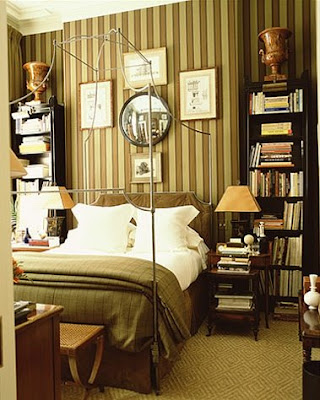 "Gil Schafer, with whom I work from time to time, because he's an architect who thinks like a decorator.  He likes rules, but knows when to break them." 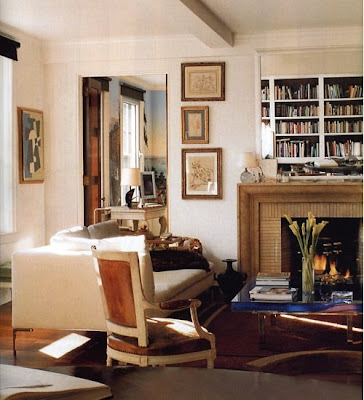 David Netto's apartment is a study in modernism and classicism. 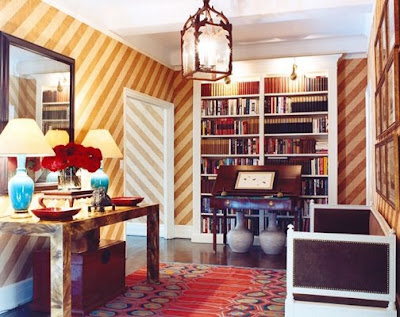 Markham Roberts whose diagonally striped entrance hall is one of my favorites.  I think Thomas O'Brien has done some beautiful things and same goes for Bill Sofield, Theirry Despont, Peter Marino, Bunny Williams, Steven Gambrel, Haynes Roberts, Jeffrey Bilhuber, Tom Scherrer.  I could go on and on...."  Let's hope he does.

Do click over tomorrow if you have a chance to catch Suzanne Rheinstein's thoughts as well.

The images of Miles Redd's work (1 - 7) are available on his site here, though I had some from previous publications;  the de la Rentas' homes, top two from Vogue Living Houses Gardens People, the last from Vogue, December, 2008; Gil Schafer's bedroom from his site, David Netto's home from his site, originally Elle Decor October 2005; Markham Roberts via his site as well.  I know that Redd was speaking off of the top of his head; any oversight or omission was purely due to time and circumstance.  A personal aside - Nick Olson picked up when I called.  I was nervous as a school girl; he is a long-time blog-crush of mine.