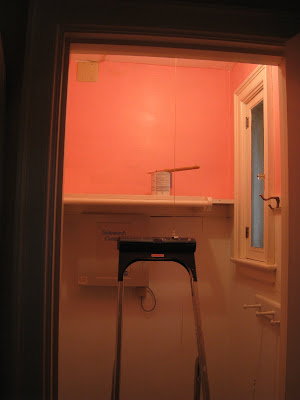 Jennifer Boles of the Peak of Chic did a great post last week on the design equivalent of lipstick.  She's layering her home with thoughtful touches that are both stylish and budget friendly.  She asked her readers what their "lipstick purchases" have been. 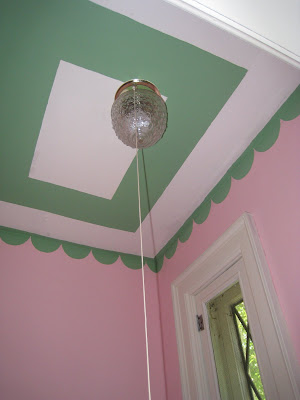 Mine have been paint.  When we bought the dream house we had a little bit of time between closings so we freshened up our new home with paint.  The painters did not think they would have enough time to finish before we moved in so I pleaded, "What if you didn't do the closets?  Would that save enough time?"  Yes, agreed, no closets.  A happy compromise and, as I like to paint, I thought I'd do them myself. 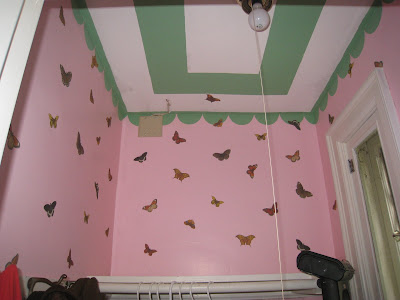 Nearly nine years later I had completed one.  Five years ago I painted the big boys' closet while they were skiing with Mr. Blandings.  But right before school let out I took on the front hall closet.  It was supposed to be papered with the same paper as the front hall, but had been forgotten.  Nine years ago. 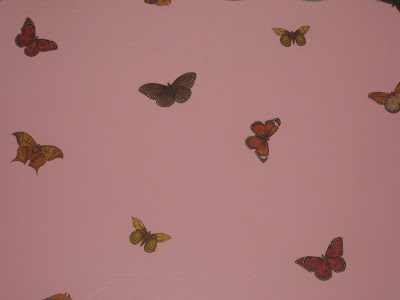 I don't usually like pink for myself but I was having a hankering.  The first shade was horrific, but the next, while vibrant, was just what I was after.  Then, just following an exchange with another blogger about the current wave of Draperesque design not holding up, both of us nodding our heads at our computer screens, I Dorothy-ed the ceiling.  I was inspired by a couple of pieces I'd seen in Joe Nye's showroom in New York. 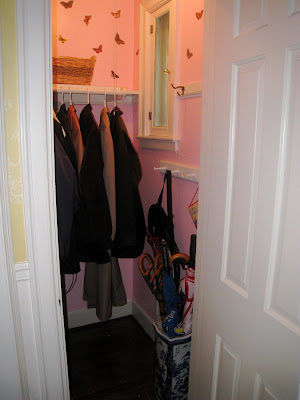 I've been thinking about these butterflies for a while.  Once completed I decided they were too dense, but I suppose my perspective was skewed as I was on a ladder in a very tiny space.  Also, I think a new globe is in order but I've been far too busy running my ridiculously-indulged children around to pick one up.  Which will also be the excuse I use for not painting the remaining four un-touched closets for at least three more months. 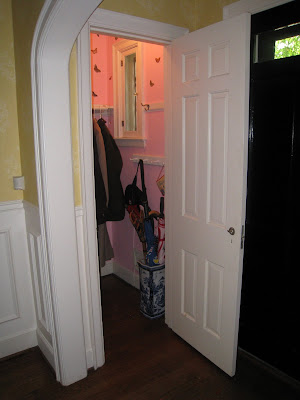