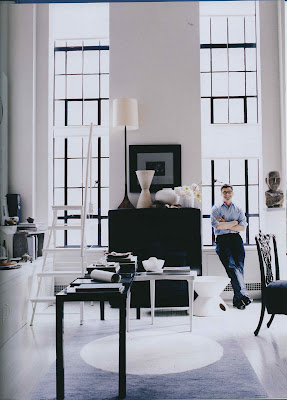 If you blog on design and you are very lucky, you might receive a comment from Magnaverde.  He should be blogging himself (are you listening Magna?)  With a wealth of knowledge and an exacting eye, I couldn't help but include him in my focus group. 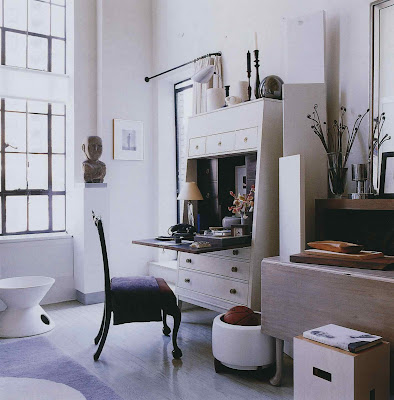 "I don't know whether, objectively speaking, there are really more talented designers working in the field than ever before, or whether that's just an illusion fostered by our 24/7 media. These days, all it takes is one memorable room in a charity showhouse to become the darling of half the design blogs out there, and if the creator also happens to be hot, he or she will land a spot on TV for sure. 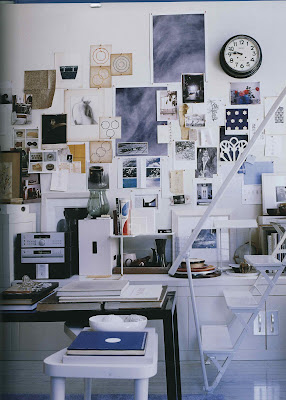 But being good-looking & charismatic on camera doesn't mean you're a good designer (or even that you're a designer at all) and just being an incredibly gifted designer doesn't mean you'll even make it past the first cut on any of the popular "design" shows. I can see the casting director's audition notes now: 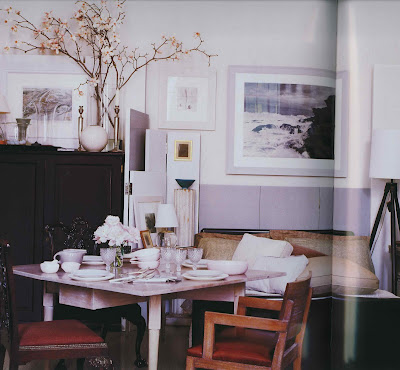 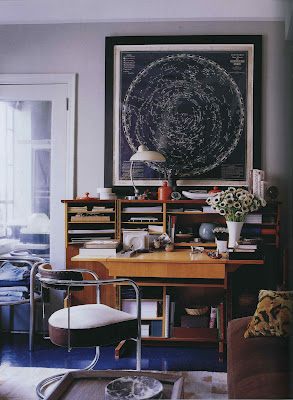 Anyway, I don't know whose entire body of work will come to define the taste of our our times, but I can already think of a room that comes close and it's one that--just like the chastely elegant salon that Jean-Michel Frank did seventy years ago for the Vicomte de Noailles--has already evolved from the elegant & pristine purity that it had when I first saw it 15 years ago (was it on the cover of HB? Met Home? I can't remember) into a richer & much more fascinating look, one that now reflects less the discipline of the designer's original concept than it does the inhabitant's personality, broad interests & well-lived life, even though, in this case, the designer & inhabitant happen to be the same person: 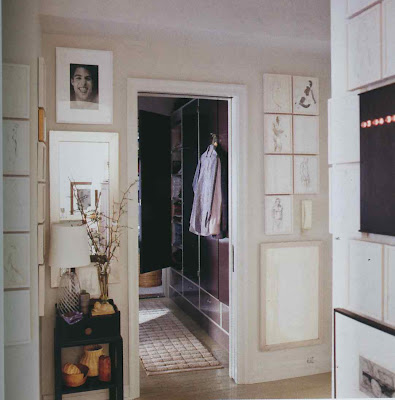 Thomas O'Brien, who, these days, seems to have his hand in everything. 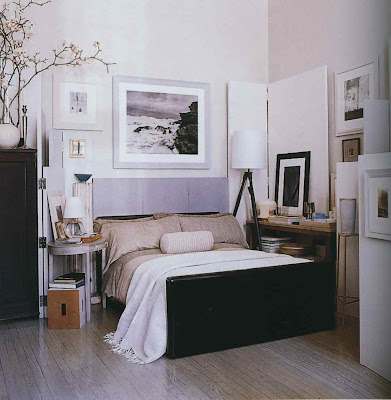 Ralph Waldo Emerson said "A foolish consistency is the hobgoblin of little minds" and O'Brien didn't let the apartment's original clean-lined look--handsome as it was--call the shots, but, instead, used its crisp white geometries to ground a casual-looking (and, apparently, ever-growing) assemblage of artworks in various media & furniture in various styles. 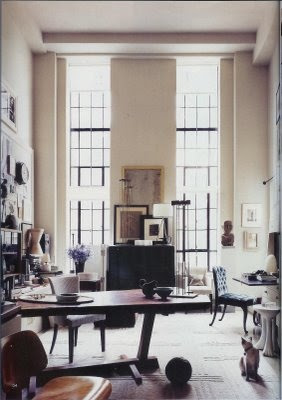 But he's no slave to change, either. In fact, like the Noailles' place in Paris, this is a home designed for the long haul. In fact, O'Brien long ago announced that he'll never move again, which, in an industry based on the assumption (and desirability) of constant change, is not only rare, it's almost revolutionary. 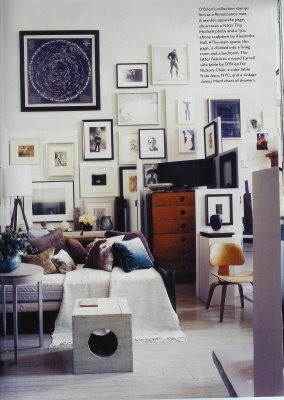 And if he's as serious as he sounds about staying in one place, this apartment may end up acting as a sort of aesthetic weather-glass, forecasting changes in public tastes long before they become apparent to the rest of us." 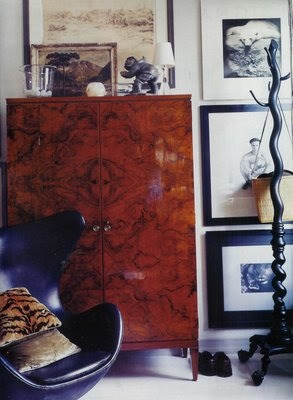