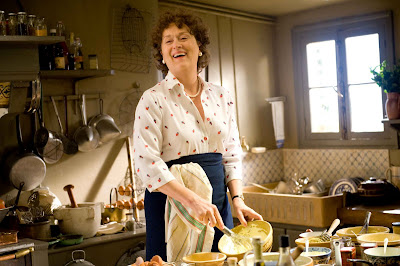 Last week Mark Ricker, Production Designer for Julie & Julia, filled us in on his role for creating the sets (and reinforcing the feel) for the movie. Production Design works hand-in-hand with Set Decoration, and on this film Susan Bode Tyson took on the task of gathering the stuff. 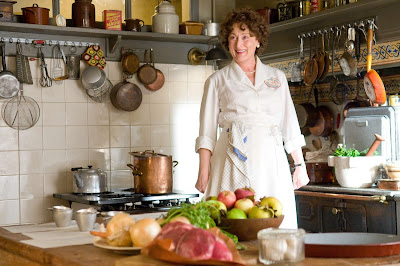 Once the Director and Production Designer decide what will be shot on location, what will be sets and the feel that those spaces should have, the Set Decorator begins to fill in the blanks. "From there my assistant and I begin to look in all sorts of places for pieces that we think express who the character is. We photograph lots of stuff and then put together a collage of what we think works," explains Susan. 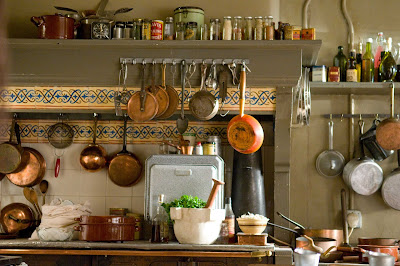 These concepts are eventually presented to the Production Designer and Director who make selections on what they feel best reflects the characters in the film. "There is always a pile of maybes and rejects as well. Think of it as soup to nuts - it's not just the furniture - it's the little things that give hints as to who the character is. I save things like burned down candles, old worn soaps and burnt potholders and am constantly switching out my worn wooden spoons to use in the sets. I had an old kitchen soap that went from movie to movie until it got lost!" 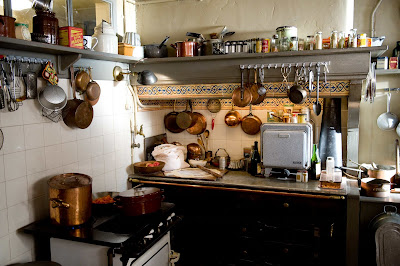 And from where do all these treasures come? Nearly everywhere. "A lot of the more posh pieces (for this film) came from Newell's Art Galleries. Most of the fabrics were swatched from the D&D Building, but others were purchased on the Lower East Side. We shop everything from antique shops to thrift shops and even Craig's List and garage sales. Many of the antique stoves came from a dealer in the Midwest." 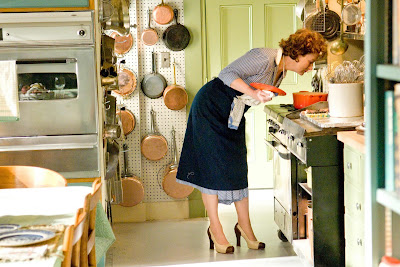 And each set is not static. Pieces move in and out and around to reinforce the passage of time and all of that is planned in advance. "I always wonder if people notice those things!" Yes, Susan, crazy design blog reading (and writing) people do.

Susan Bode Tyson has worked as Set Decorator on many films, including You've Got Mail, and was nominated for an Academy Award in Set Decoration for Bullets Over Broadway; you can read the complete interview here. Julie & Julia opens August 7th.