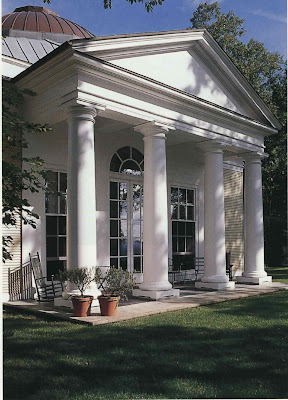 When I had posted images of David Whitcomb's city townhouse and apartment a couple of weeks ago a very astute reader suggested finding images of his country home, "Marvelous post-Modern (in the best and wackiest sense) rambling pile overlooking the Hudson River." 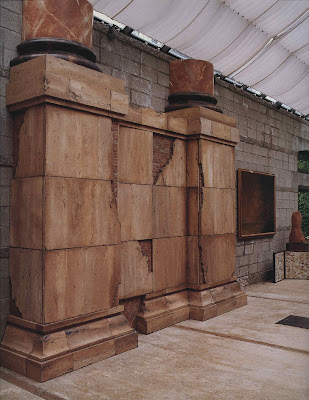 Based on that description how could I not? After emailing a few other knowing souls Toby Worthington emailed back that it had been photographed and appeared in Judith Miller's Classic Style. Which I bought on line for $2.50. Really. 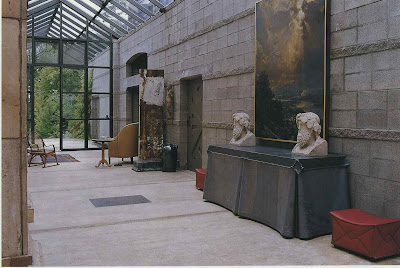 Whitcomb, an architect, was committed that the house would suit the site, an old iron mine, in both a physical and historical way. This covered walkway with its transparent roof signified the opening up of the frontier pioneered by a nearby railway. The metal table had less lofty ambitions and served primarily as a bar. 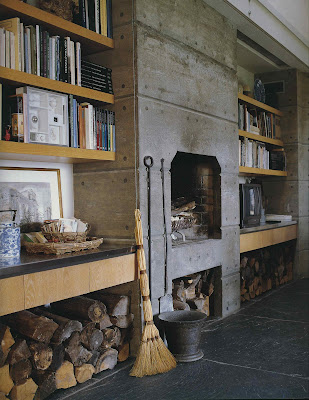 The slate of the kitchen floor was salvaged from a museum in Albany and the blocks used in the construction of the wall were piers from the railway. 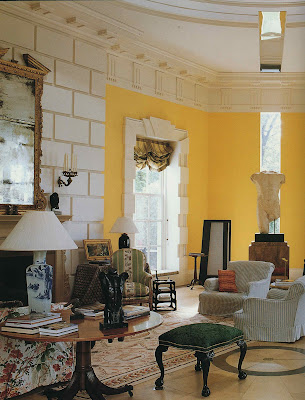 The scale of the living room is impressive. The geometric wood floor is faux marbre.

The living room is the rotunda that you can see in the first image. 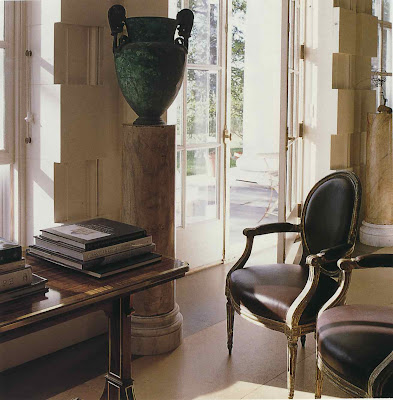 I know very little about architecture, but this seems an interesting mix of Classic and Modern that feels timeless; Miller notes that it was built 1983-87. And, well, I like it. It's just the sort of place that reads very personal and distinct. 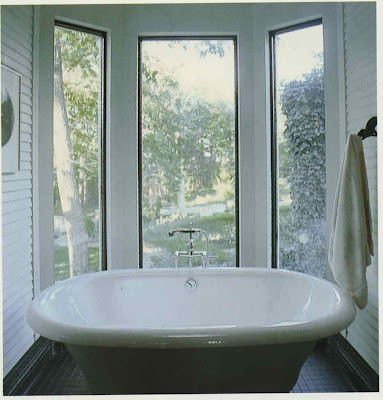 Some of Whitcomb's favorite buildings appear in the mural below including the Pyramids, William Kent Lodge and the Hudson River Lighthouse. 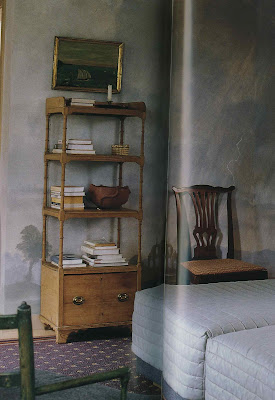 It makes me wonder what's become of it.

All images from Classic Style by Judith Miller; photography by Tim Clinch.