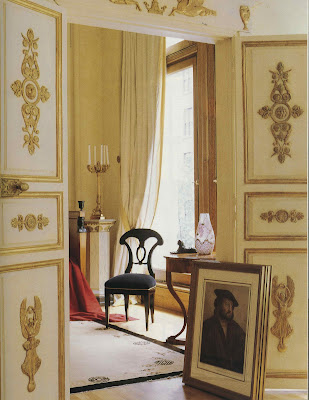 The blog break was caused by two things. The first was my weariness with making the boys wait while I scanned or posted or replied and the resulting sulking. 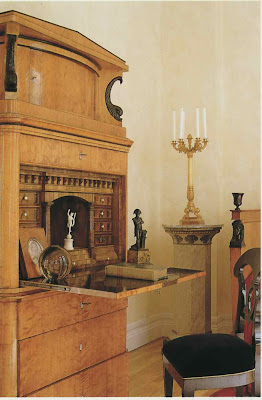 And the second was the buzz in my brain that was growing louder, "Why am I doing this?" The emphasis was on the subject and not the verb. Some would say this is typical. 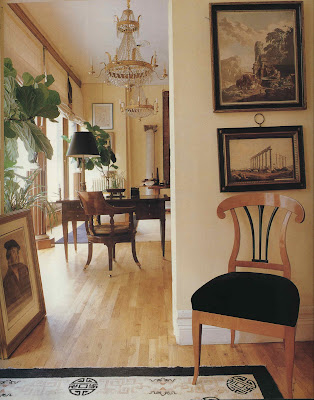 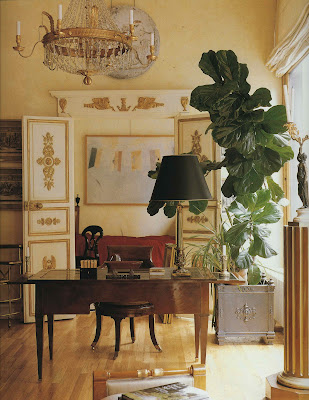 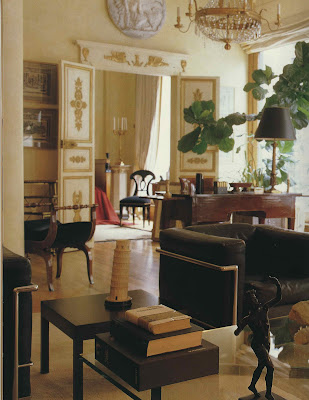 Then I stumbled upon Bernd Goeckler's home in Classic Style. Viennese chandelier, Louis XVI writing desk, German day bed, Beidermeier secretary and Le Corbusier armchairs. A lot has been said lately about incongruent chairs, but these seem quite comfortable in their Neo-classical nest. Published in 1998.

Unfamiliar with Mr. Goeckler, I googled him. Sakes. Already in the midst of an engaging exchange with reader Toby Worthington I all but wailed, "I didn't even know who Bernd Goeckler is." And he typed back, "So. You didn't and now you do." Or something like that.

And the book sat open on this page for two weeks. Each member of my original audience surely saw it but it elicited not one comment. And then I remembered why I was doing this in the first place.

All images from Classic Style by Judith Miller, photography by Tim Ridley.