Last week I received a call from Mr. Blandings's aunt. She is something of a grande dame. She and her husband are movie star gorgeous. They look a bit like Lauren Bacall and William Powell. Only more stylish. 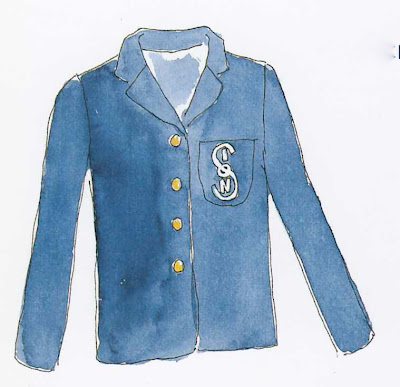 When we see them Mr. Blandings says, "I hope we look that good when we are their age." And I say, "Darling, we don't look that good now." And he knows that it is true. 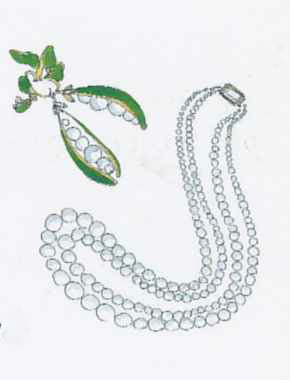 Clothes, as you know, are not so much my thing, but as I was talking to Mr. B's aunt about Valentino she said, "Oh, I have a bunch of old stuff you could have. Too bad you're so tall." Never in my life, not for two seconds, not even when I had a crush on a pre-growth-spurt boy have I ever wished I were shorter. Until then.

But I went last week to see the "stuff" as she assured me she had a seamstress who could work wonders as well. Her house, well, her house is simply stunning and I try not to gawk when I am there but I don't think I succeed. Like her clothes it is classic and chic but never boring. 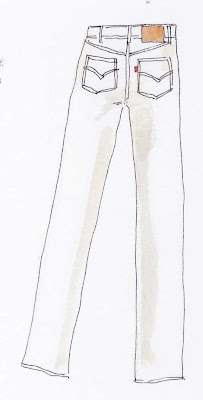 She carefully pulled open the doors of the two closets in the spare room and we began to pile clothes on the beds. She told me stories of trunk shows and runway shows and shopping in New York. She recounted tales of parties large and small, of things she thought worked and things that didn't quite when they arrived, and she told me of finagling a coat from Pat Buckley who had had it on hold.

"Take it, take it," she said, "I'll just end up giving it to the thrift shop." She reminded me that this bounty did not come from a single spree, but years and years of careful investing. "I don't think any of it looks dated," she declared. And she was right.

There was not a pair of harem pants in the lot.

All illustrations by Virginia Johnson from Kate Spade's Style.