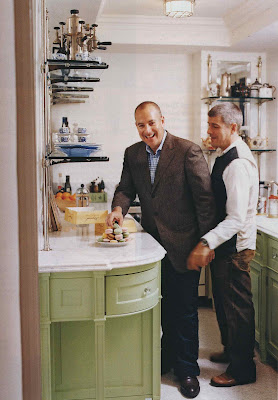 I can't remember if I first saw the mention for Keith Johnson's new show Man Shops Globe in Elle Decor or on Style Court, but when I did see it I thought, "I remember their (Johnson's partner is Glen Senk) kitchen from House and Garden." And, since I am a crazy person, I hunted and pecked and was giddy to discover that I still had the issue. The March '06 issue, not the issue of the obsession with House & Garden, though I have that, too. 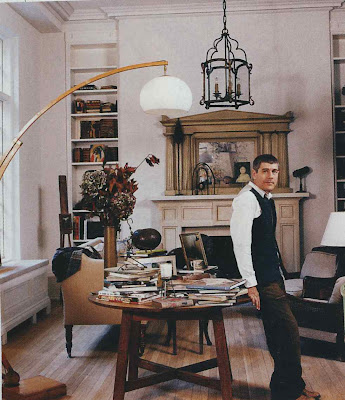 It's a pretty jazzy job, Johnson's, to find antiques and inspiration for Anthropologie, and I wondered what it's like to shop for a living. Travel and shop. Seems if one were design obsessed, it would be a dream come true. "There are so many things that can go wrong. I have painfully discovered them all," says Johnson. Like all dream jobs there are details and logistics the dreamer might not imagine. "Getting things back in one piece from far flung places is a big one. You may recognize when something looks good where you are, but correctly guessing if it will look good back in the States is a major challenge." 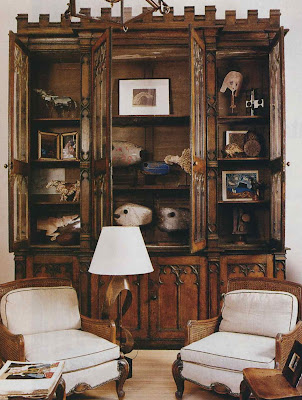 Based on what I've seen, I'd say Johnson guesses pretty well. Keith Johnson and Glen Senk's current New York apartment appeared in Elle Decor in October. In the article Johnson said everything in the apartment was found with the store in mind, but it seems it is a bit more chicken and egg than that, "I am always falling in love with things that end up in the store. I consider everything on a personal level at first. It's the best way to know if it is truly worth buying. I just had an artist in Provence make a flock of antique fabric covered birds. I am sure when I see them next month I will be buying some for myself. I bought a school of fish a couple of years ago made from motorcycle gas tanks. I love to share my finds." 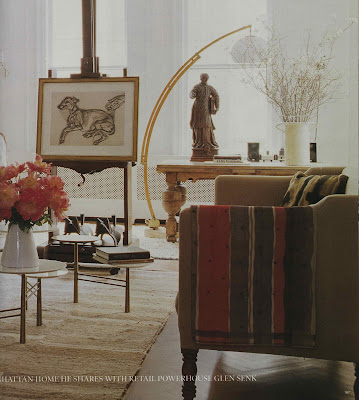 While he shares them through the stores he also seems to hang on to things himself. You'll notice that many of the pieces in the older HG images turn up again in Elle Decor including the lamp and sofa in the image above. 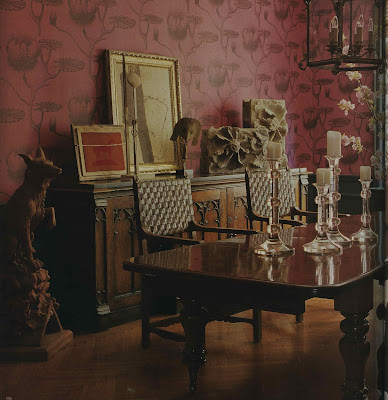 The mask in this image above rests on the base of a gothic cabinet whose shelves housed it in the earlier apartment. 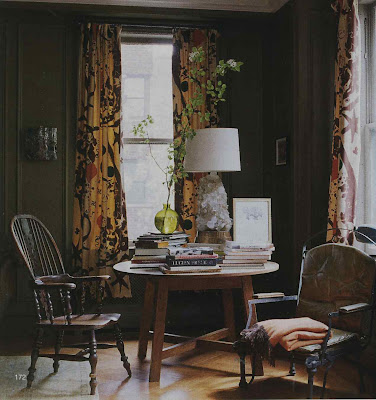 I am in full-on frothy envy over the Alexander Calder curtains that Johnson found at a flea market in Manhattan. I'm a little light-headed just imagining uncovering such a treasure. Surely Johnson is more jaded as this kind of discovery must be quite routine for him. Not at all. "The rush when you find something truly great is still the reason I travel. It's very addictive." 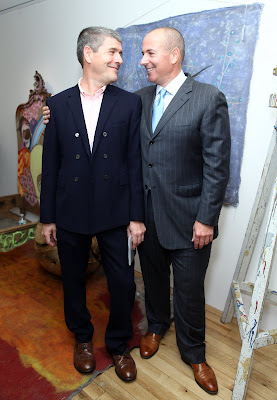 This from a guy who met his partner when he was nine years old. He must know a good thing when he sees it. 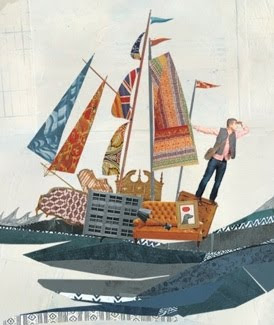 I am not a fan of most design-related t.v., but this show is intriguing. Man Shops Globe premiers tomorrow at 9 CST on the Sundance Channel.