Life Goes to a Party 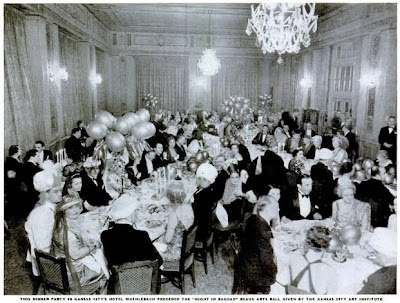 I gave up resolutions a few years ago. They never really provided any satisfaction, rather just a feeling of defeat following Christmas that I had a weighty to-do list from last year that was left unattended. 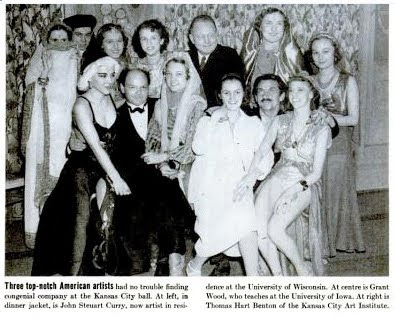 Still, I have a few things that give me a mental nudge now and again. Usually about now. 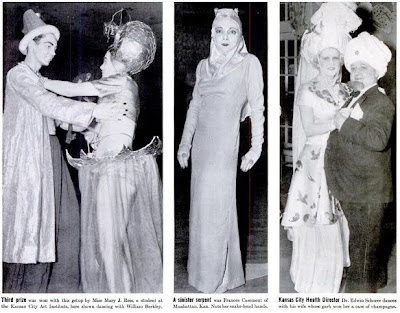 Don't yell so much. Don't spend so much time on the computer. Quit biting cuticles. But there is one, a set really, that revolves around being a little braver, trying a few new things, putting my toe over the line every now and again. I'm bad at it and though a very wise man said to me once, "I think the dye is cast," I start the new year again wishing for a little courage. 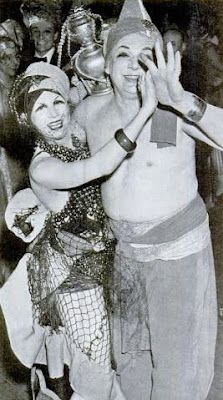 These images are from a feature in Life magazine (March 1938) called, "Life Goes to a Party." Captured here is the revelry of devoted supporters of the Kansas City Art Institute. The guests began this affair at a cocktail party at Mr. and Mrs. Thomas Hart Benton's (he was a judge for the costume contest) which spilled into a dinner at the Hotel Muehlebach before culminating in the fundraiser itself. (It seems a good bet that everyone at this point was pretty well juiced.) Of Mr. and Mrs. Jon Malang (above), who won the costume contest in both divisions (he took home a case of whiskey and she an airplane trip) Art Institute president, Fred Vincent, said, "This is a disgrace to the Art Institute."
I'm sure Mr. Vincent's heart and honor were in the right place. But now that it is all said and done the director's outrage seems irrelevant, while Mr. and Mrs. Malang still appear to be having a swell time.
Courage. But, maybe wear a shirt.
Images courtesy of Life. Here.