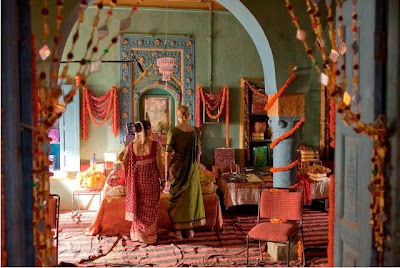 Back in 2007 when I read Eat Pray Love I did a post about one word associations with cities we know. At the time I wrote, "... one of the things that intrigued me (about the book) was a concept the author introduced in the "eat" section, while she was in Rome. Her friend tells her you cannot live in a city if you are not in sync with it's "word." He tells her that each city has one word that describes it. He claims Rome's is the big s-e-x; she defines New York by 'achieve.'"

With the release of the movie, and now that I have more than twelve readers, I thought it might be fun to play again. In 2007 I chose "tradition" for Kansas City; you can see other folks feedback here. I'll post your words tomorrow.