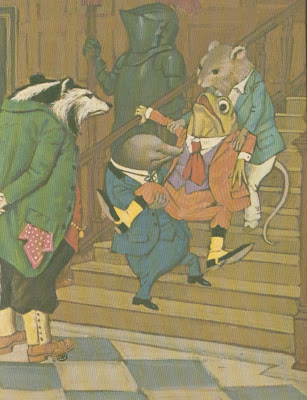 The Wind in the Willows, illustrations by Dick Cuffari. Technically, this is a rat.


A couple of weeks ago, Mr. Blandings and I came home and our babysitter was sitting at the kitchen table with her feet up on the riser. Everything ok? Yes, everything fine, boys were a delight (is this ever true? Could they be that much better with other people than they are with me?) the only thing was, there was a mouse. Under the sofa. Except he wasn't when we checked. She's a lovely girl, and quite bright, smarter than me times ten. But days went by and I never saw our new lodger, nor any ugly sign of him. 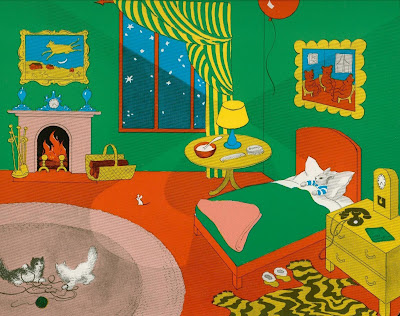 Then my mother-in-law was here (it was a week later, just in case you thought my life was a constant party) and she saw him, too. Her feet were also amusingly up when we came home. A few more days and I still hadn't spotted him. 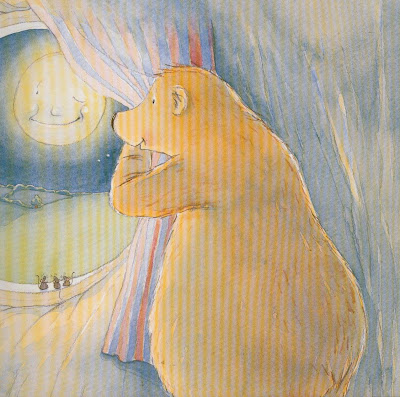 Love is a Handful of Honey, illustrations by Vanessa Cabban.


Then, my middle darling, reported a sighting in the dining room. "He went right across the room and under the radiator." I believed him, of course, but right across the middle of the room? At dinner time? What about all my mouse knowledge - nocturnal, baseboard skimmers - none of this was adding up. 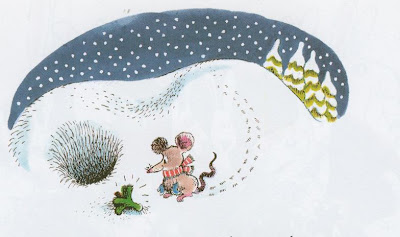 
Then at the end of the week things began to get wacky. He ran right behind me while I was fixing dinner and talking to Mr. Blandings. Right behind me. Under the radiator. Well, sure, it's freezing here, that's where I wanted to be as well. But now, it was time for action. We started with traps. Hmmm..no thank you. My eldest reported that he saw him run right around one. 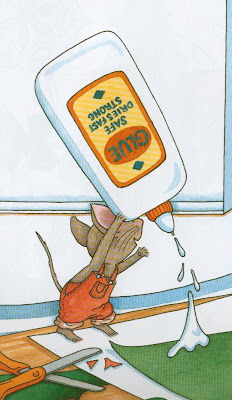 If You Take a Mouse to the Movies, illustrations by Felicia Bond.

We resorted to poison, always a scary tactic in a house with a dog. Not a sign of a nibble. Are you laughing that I think I had one mouse? I really do. He was little. Over the course of two weeks I saw him pretty often. Mr. Blandings jokingly said we should mark him with a paint gun so we could tell. 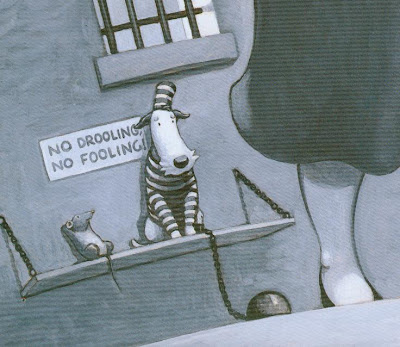 
Then, as I was getting a bit attached and the boys were requesting a cage so we could keep him, I tried live traps. It seemed so humane. All he wanted was a little warmth, after all. Not even food as far as I could tell. No dice. 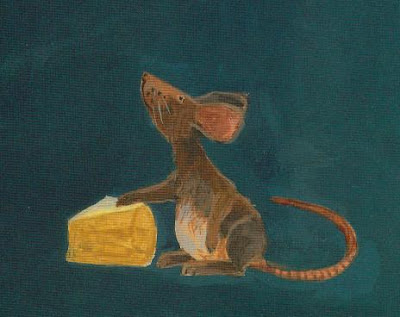 
I was a bit worried about my dinner last Saturday. As I mentioned, these were newer friends and I really didn't want a mouse running across my dining room mid-meal. But he didn't show. I thought the poison might have taken affect. But, no, Sunday he was back. This further endeared him to me as I think he was aware that his presence at the party might have been badly received. Like a tipsy in-law. 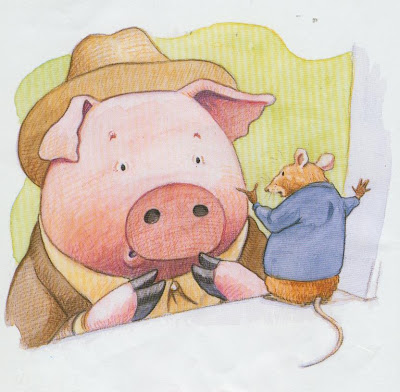 My neighbor, who never liked the live trap idea, suggested glue traps. Awful. Inhumane. Horrid. But I was at my wits end. I abhor mice. Truly, I'm the shrieking-standing-on-the-table person. We had already determined that our mouse was either anorexic or had a nut allergy, so I baited the glue traps with Cherrios and a dried cranberry. 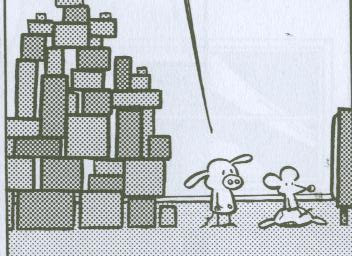 
It was an empty victory. Horrible as we had both expected. Mr. Blandings said as he picked up the trap our visitor clung to the sisal with his front paws. Our boys were stunned. When they heard the news you would have thought we left Rosie in the trash to starve. Part of me hopes he has a little cartoon chutzpa and plucks himself from his prison to live another day. Outside. 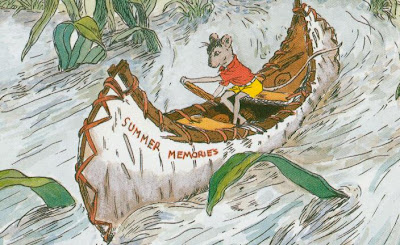