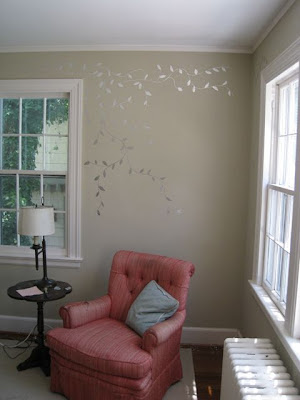 When Mr. Blandings and I started dating I lived in a small apartment building, on a street of small apartment buildings, that was built between the Wars on the Plaza.  I'd told him I needed to hang something and he'd offered to help and asked for my hammer.  Fiercely independent I was already struggling with the "help" part when I handed him a high heeled shoe. 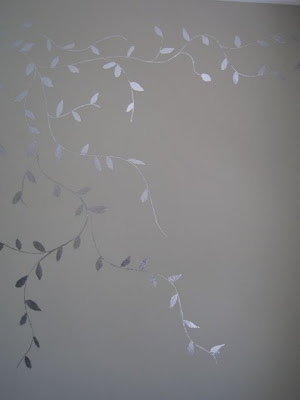 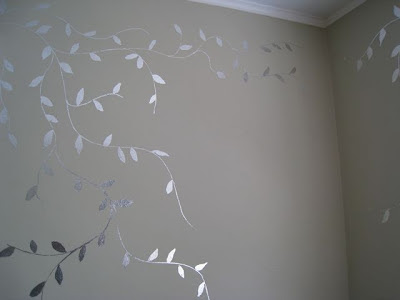 He bought me a hammer and a cordless drill (a miracle of modern technology that I have treasured ever since) and graciously allowed me to do it myself happily ever after. 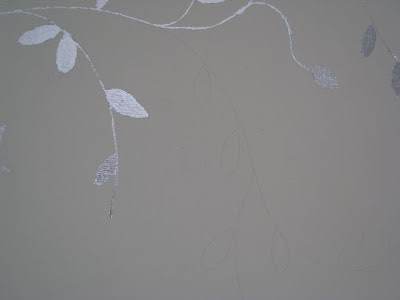 He did draw the line when he came home to our first house to find me standing on our deck railing holding a broom handle that I had put a nail in to string white lights into trees eight feet over my head.  It was Mrs. Grizwald's 30th birthday party.  It needed to be done.  On and on about broken bones and laying in a heap for hours undiscovered while I stood on my toes fifteen feet above the ground to get it right. 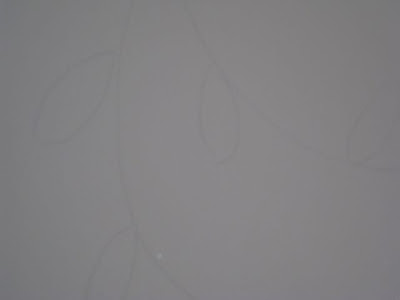 So he was not surprised to find me standing on his grandmother's red and shabby chair in our sitting room silver leafing a vine on the wall.  This was well over a year ago and we were having a dinner party and I had the itch to do something, even though this would never be seen by my guests.  It is a little bit like my friend's husband who washes the car before entertaining; it makes him feel like he's doing something. 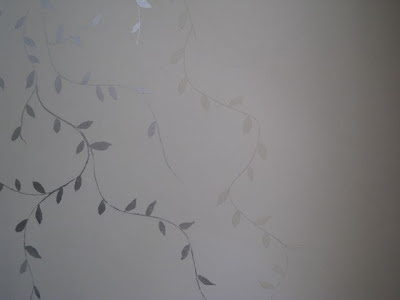 So, I did some vines as if they were coming out of the windows.  It was sort of a cross inspiration of Gracie Wallpaper and the vines that actually do grow in through the windows of Rose Tarlow's house. 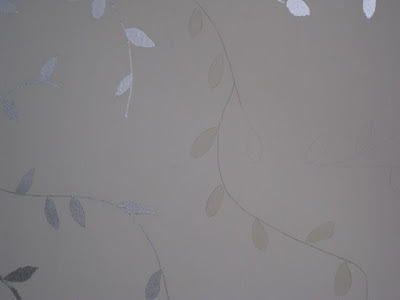 I started, then stopped.  I couldn't decide if I liked it that much and eventually lost interest.  But I picked up my brush again last weekend.  Maybe what it needed was more.

I had read in Durwin Rice's book that leafing is easy and it truly is. Like almost anything creative I do it only requires pre-school skills. 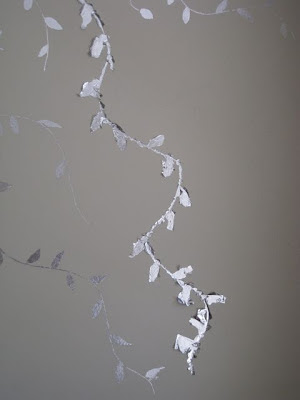 The beauty of this little project is that I can do it a vine at a time, as little or as much as I like.  Also, unlike reading or writing, I can work on it while the boys are talking to me.  Which they are.  All the time. 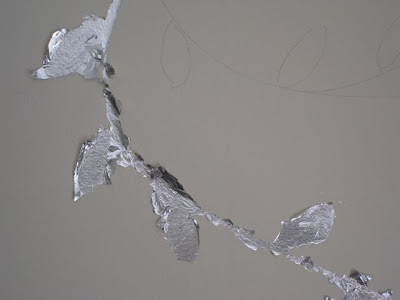 Basically I sketch the vine, trace it with sizing, read for 30 minutes while it sets, put on the leaf then brush off the excess.  Easy-peasy. 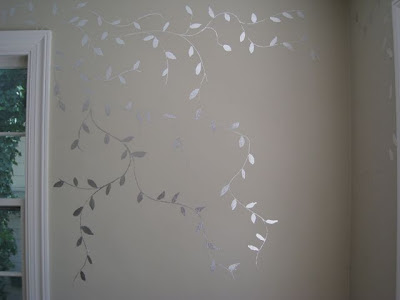 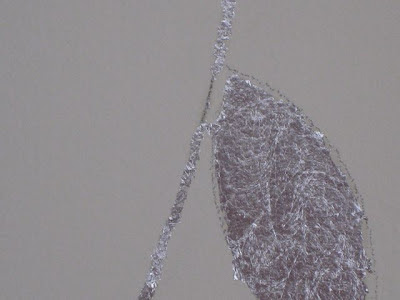 There are a few spots that could use a little going over.  But I like the way the light plays off the silver leaf and how it changes as the light moves across the room throughout the day.  And I like that I'm doing it myself.