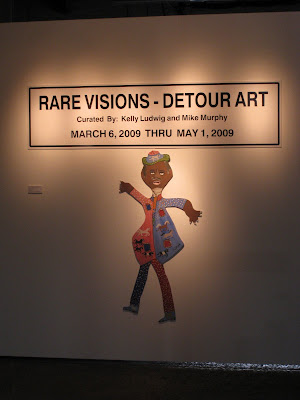 Sometimes I do think there is sort of a harmonic convergence and unbelievably good things come together simultaneously.  Right now there is a fantastic exhibit of self-taught artists at the Belger Art Center.  The exhibit was curated by Kelly Ludwig and Mike Murphy.  Many of you may be familiar with Murphy from Rare Visions and Roadside Revelations on KCPT.  Kelly is a collector, perhaps a fanatic, and about two-thirds of the exhibit is from Kelly's personal collection. 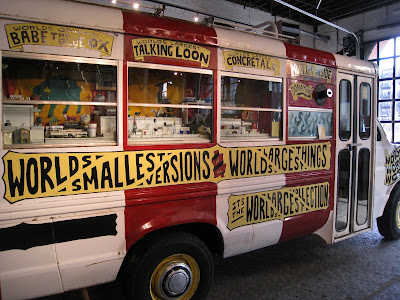 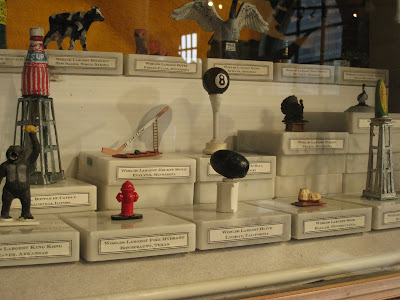 The smallest version of the world's largest ball of twine actually stayed behind with the artist who was worried that folks who stopped to see the collection would be disappointed if there was nothing there, so she hung onto a few. 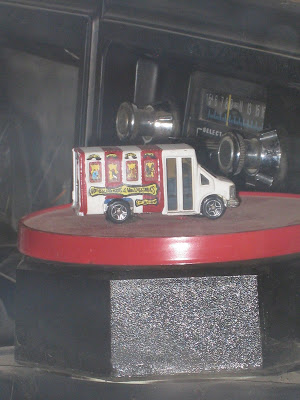 This is a miniature of the bus itself.  I know this because Mo Dickens and Kelly Ludwig were both on hand to give me a tour of the exhibit yesterday.  Mo is the Gallery Assistant at the Belger and his knowledge of the pieces is extensive. 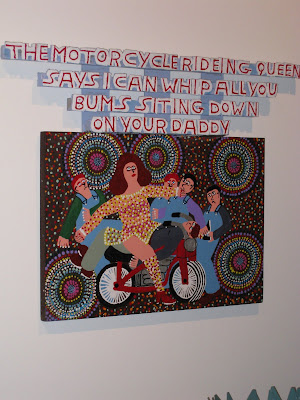 He was just as well-versed on this exhibit as he was for my last tour which was the Jasper Johns show a couple of years ago.  In addition, he is one of those people that you just immediately want to be around.  He's not showing off, he just really likes this stuff. 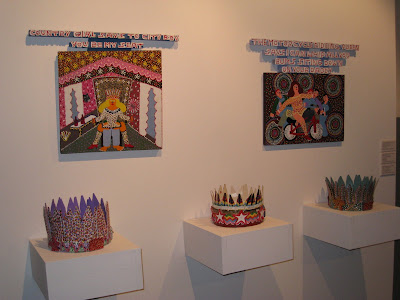 These pieces are the work of James Harold Jennings.  The paintings happen to feature women sitting on men, and while not all of his work contain images of women dominating men, a lot do.  He often wore crowns when he was painting. 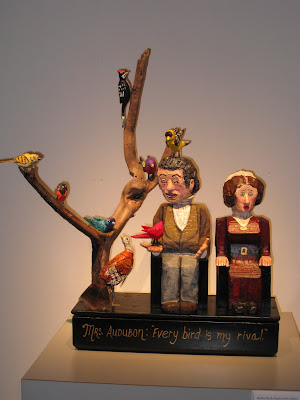 These carvings are by Kansas Citian Kathy Ruth Neal.  She began creating these pieces after a cancer diagnosis.  Again, click on the image above to view Mrs. Audubon's expression. 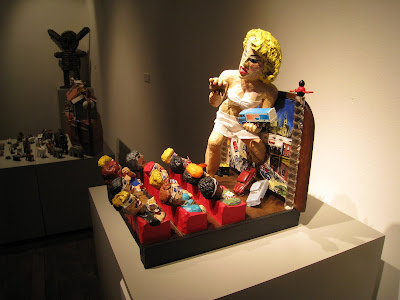 Vibrant and intricate, the appeal of these pieces is their knowledge and humor.  Unfortunately Ms. Neal died just before the show opened. 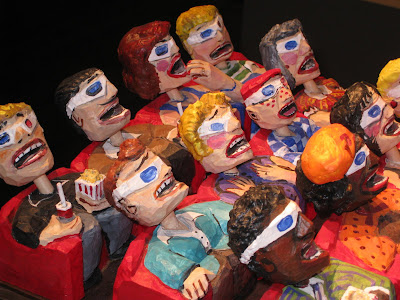 Kelly reminds me as we are touring that the artists had no training.  Most of their materials are found - scrap wood, bottle caps, pop tabs. 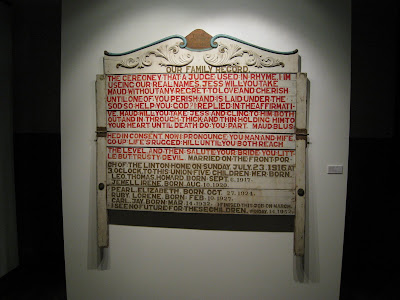 Do click on this image so you can read this family history by Jessie Howard.  The story of the marriage is charming.  The chronicling of the family's expansion is endearing.  The last line is startling.  One wonders if that was just a really bad day. 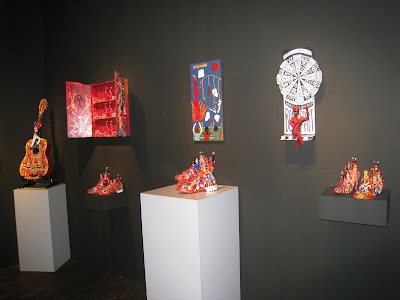 Kelly is intrigued by the abundance of devil and damnation pieces and there is a room dedicated to many of these.  In the painting in the center, above, the devil is fishing for followers with the bait of women, drink, drugs and gambling; the other subjects are clamoring for his tempting offerings. 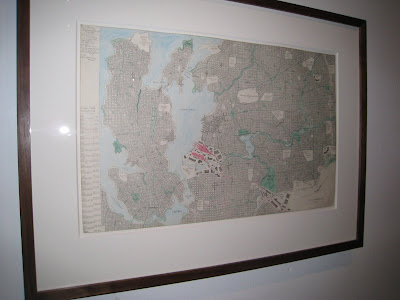 Dennis Clark is an accountant who began making maps like these when he was about seventeen.  He closes his eyes and makes a mark on the paper then begins to build his city from there.  The image above, Port Steven, is a piece that he made in honor of his brother.  The body of water in the center is the "Good Brother Harbor."  Each community is carefully planned with water sources, transportation hub, parks, neighborhoods and even the occasional country club. 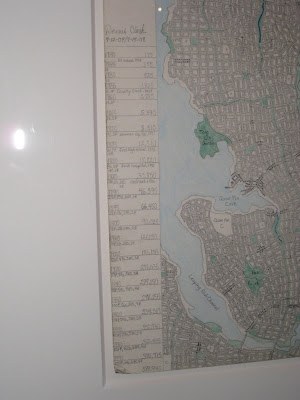 As Clark builds his cities he tracks the population and charts it in these legends. 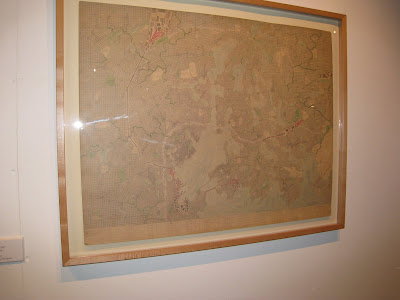 The map, above, took three years to complete. 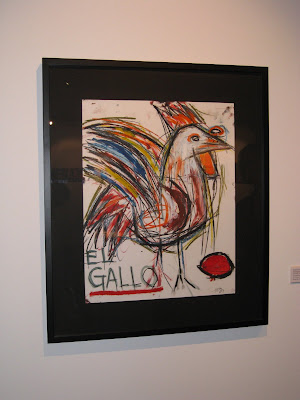 There is a personal story behind each and every piece and Kelly and Mo are happy to share them.  They are often stories of personal hardship, often physical misfortune, and they usually include an anecdote about the artist being a bit skeptical that what he or she is doing is actually art. 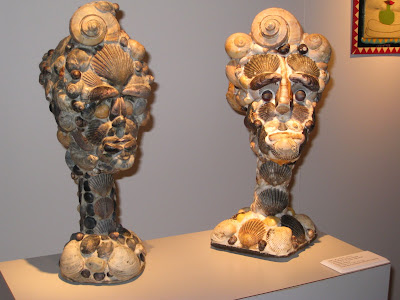 Kelly told me everyone discovers a favorite piece and I didn't think I would have one as so many of the works had struck a chord, but one look at these sculptures, above, by Bill LaCivita and I was sunk.  The classical form of the bust crafted from shells, those things that you can't help but hunt if you are on the beach.  That unblinking stare.  The curl of their hair.  The beauty on the right reminds me just a bit of Marella Agnelli.  Yes, these were my favorites.

Rare Visions - Detour Art is at the Belger through May 1st, but will be open for First Fridays tomorrow as well.  For more information on Kelly's collection, the artists and her book, Detour Art, click here.