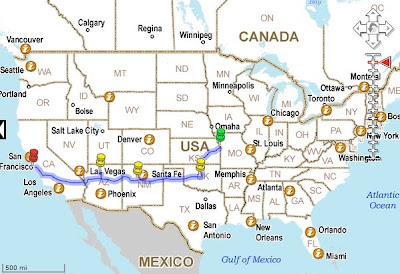 Not so long ago a friend mentioned that she had a house in Carmel and would be interested in renting it now and then to people she knew. As this is our off year from Mr. Blandings's family spot in Colorado, I thought this would be a wonderful adventure. The boys had never been to the West Coast, had never seen the Pacific, and I am currently having a mad love affair with California. Perfect. Mr. Blandings was slightly less enthusiastic. In fact, at one point I asked if we had ever been on a vacation that we were both looking forward to. "Our honeymoon. And Napa." Napa was thirteen years ago. 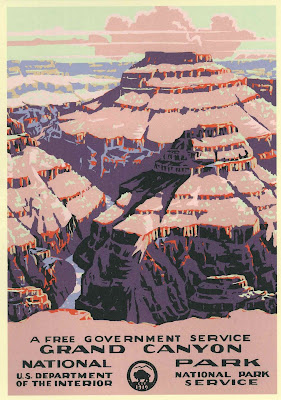 Flying the five of us to California made the trip a no-go, so I suggested we drive. I had had a very memorable driving vacation with my family up the east coast from Atlanta to Canada when I was eight; I'm sure that it had nothing to do with the fact that my parents were separated before the following Christmas. 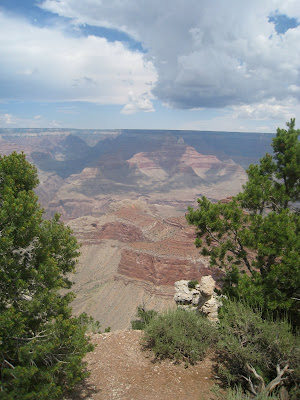 Besides, any discussion with Mr. Blandings about going to Europe elicits the comment, "Why would I want to go to Europe when I haven't even seen the Grand Canyon?" Driving would enable us to vacation in California and check the Grand Canyon off the list. 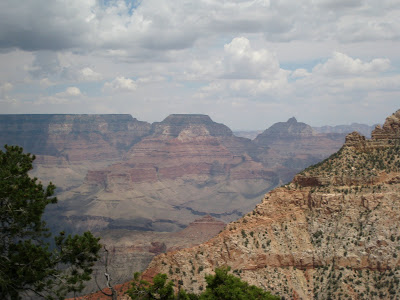 He bowed to my will. We set off after work one evening as I thought the first five hours would somehow not "count" as a day of driving; not everyone managed their accounting the same way. The following day took us into Albuquerque putting us into the Grand Canyon mid-day the second day (or third depending on your math.) The Grand Canyon is remarkable. Its mass is astounding (negative mass?). And if you have been saying your whole life, "I'd like to see the Grand Canyon," you're right, you would. And you should go. Even I, who do not like to be outside, would like to go again to hike and camp there. Really.
Though I did hold the collar of the youngest's shirt in terror nearly the entire time.
I have to say, Arizona, I don't think that, other than the canyon, I saw the best side of you. You seemed a little off to me when we were there and I am hoping I have another chance to see you in a more appealing light. One odd thing about Arizona, cities disappear. We would see them noted on highway signs then they would never materialize. Like Winslow. We watched the highway signs for Winslow for miles and Mr. Blandings said, "We are stopping in Winslow and you are going to take my picture standing on the corner." Amused, I agreed. There was a sign twelve or something miles to Winslow and then, say twenty miles later, it had just never happened. This led Mr. Blandings to believe that maybe this was a little inside joke of the Arizona government; it has not been my experience that government has that much humor.
New Mexico, on the other hand, was stunningly beautiful, and to you, my handsome friend, we will return. 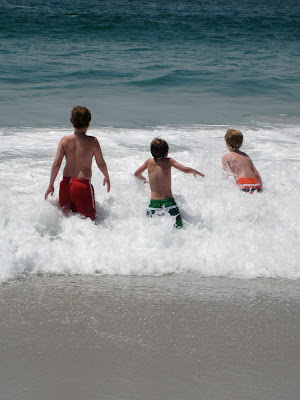 The drive through California was a lovely surprise. It's hilly, which I hadn't expected, and nearer the dessert those hills are the most beautiful golden yellow color. It looks a little like someone has laid the most wonderful tawny mohair across the landscape. 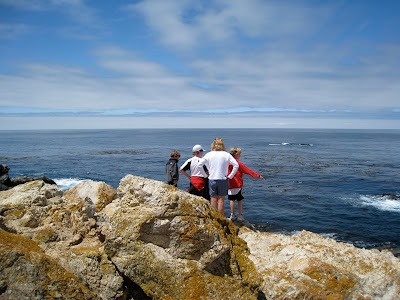 And then there was Carmel and the dramatic west coast of Northern California. Carmel's temperature never reached 70 degrees. To say I did not get in the water doesn't really say anything because I rarely get in the water, but the boys did. They said it was great. Their lips weren't even blue. We were there for a week and ate and hiked and enjoyed everyone's dogs of which there were a million. Give or take. 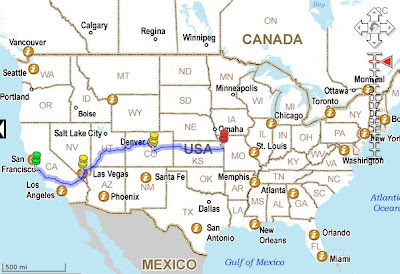 And then it was time to go home. The drive out had been a delightful meander. Coming back was two hard days of driving to reach the not-supposed-to-be-this-year Colorado house. 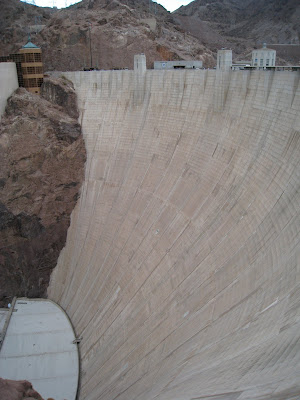 I thought a stop at the Hoover Dam, engineering marvel, would help break things up. It did not. Mr. Blandings and I were engaged, but the boys seemed...unmoved. 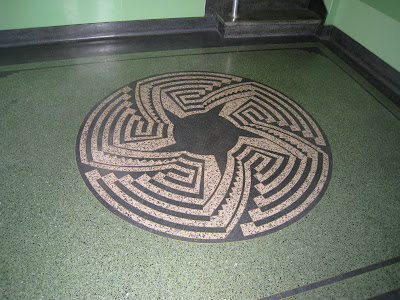 Even by the Deco details like the terrazzo of the bathroom floor. 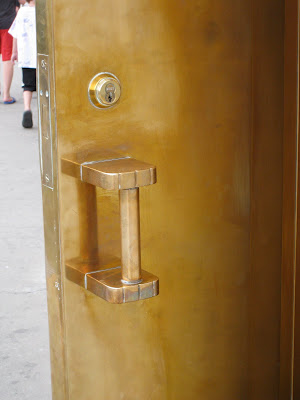 Or the design of the door handle. 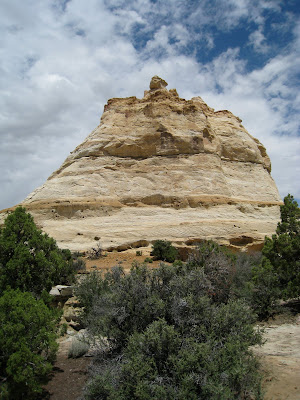 We soldiered on. We saw ten states in twelve days. As we passed a car with a far-away license plate Mr. Blandings said, "Did you see that? That car had the state magnets, you know the kind you buy at the gas stations, from every state on their trip. We should do that." We should have, except we were three states from home at that point.
Of all of it, the biggest surprise was Utah. Utah was breathtaking. It was like someone had taken the Grand Canyon and stretched it out like silly putty as far as you could see. Each crest of a hill brought another, even more beautiful vista. And I am quite sure I would have never seen it had it not been for this trip. 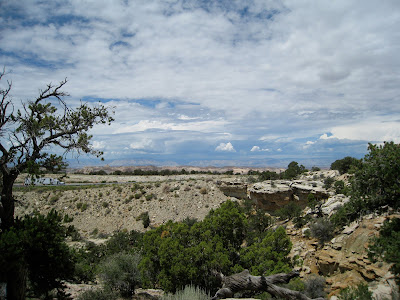 It was a beautiful, beautiful trip. If you are ever feeling bunched up or hemmed in or over run, you should know that there are wide, wide open spaces. They still exist. They are not just the stuff of cowboy songs. We saw it with our own ten eyes.