You Lift Me Up Where I Belong 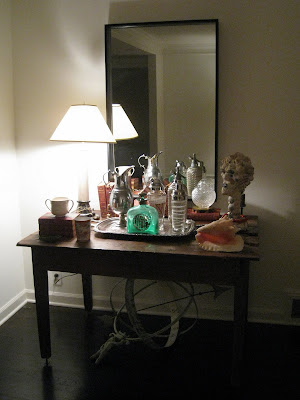 "Are you settled?" Well, some of us are quite settled. One of us, slightly less. Still, things are coming along. A week or so ago my good friend, David Jimenez, was here for lunch and in a very gentle way offered some thoughts. One of which was, "more stuff." 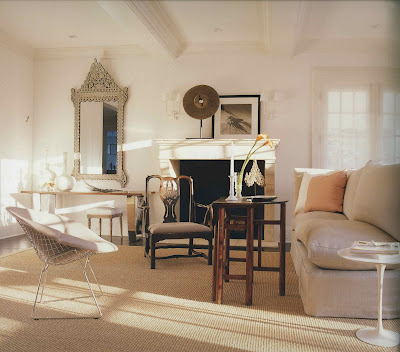 Our living room is larger than our last living room. Like something out of Harry Potter, it seems to eat whatever furniture I put in it. I had marked this image from Vicente Wolf's Lifting the Curtain on Design, as he's balanced this larger mirror with the door opposite rather than putting a mirror over the fireplace. My living room is similarly configured and this seemed like a nice approach. 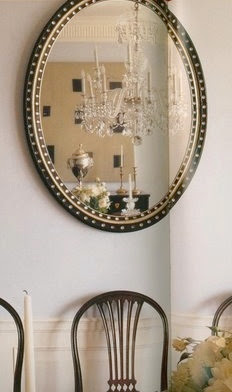 (That being said, if an Irish Georgian mirror ever becomes a reality, the whole plan may be scuttled.) 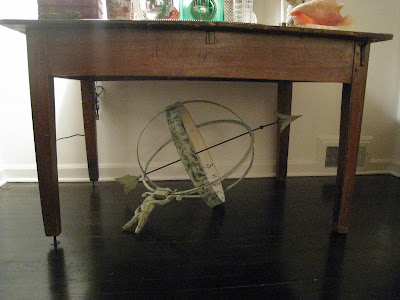 I've had this table for a long while. It was one of the (many) things the movers moved from basement to basement. I love it. It is sort of chewed up on one side and two of the legs are shorter than the other pair. The original plan was to cut down the longer legs, but I think Mr. Blandings and I both knew that we would end up with something more like an alter table by the time the leveling was complete. 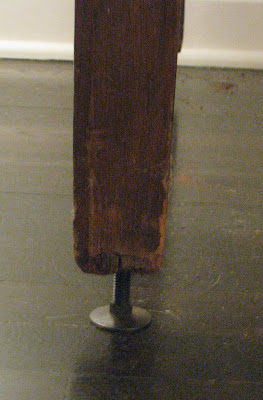 But after my lunch with Jimenez, I went scrounging for more stuff. The table sort of winked at me from under a pile of stuff in the basement and I agreed to give him a go.

Instead of bringing him down, I decided to build him up. After the gentlemen (plural) at a large, big box home improvement store assured me, repeatedly, that there was nothing with a flat surface and screw thread that could be used to elevate a table, I found these in a small drawer for about $1.50/ea. They were marked "elevator bolts." They are exactly what I wanted, as the table was exactly what I wanted, though I didn't know it until I saw it. He's very happy to be out of the basement and doesn't even mind a bit if people notice he's wearing lifts.